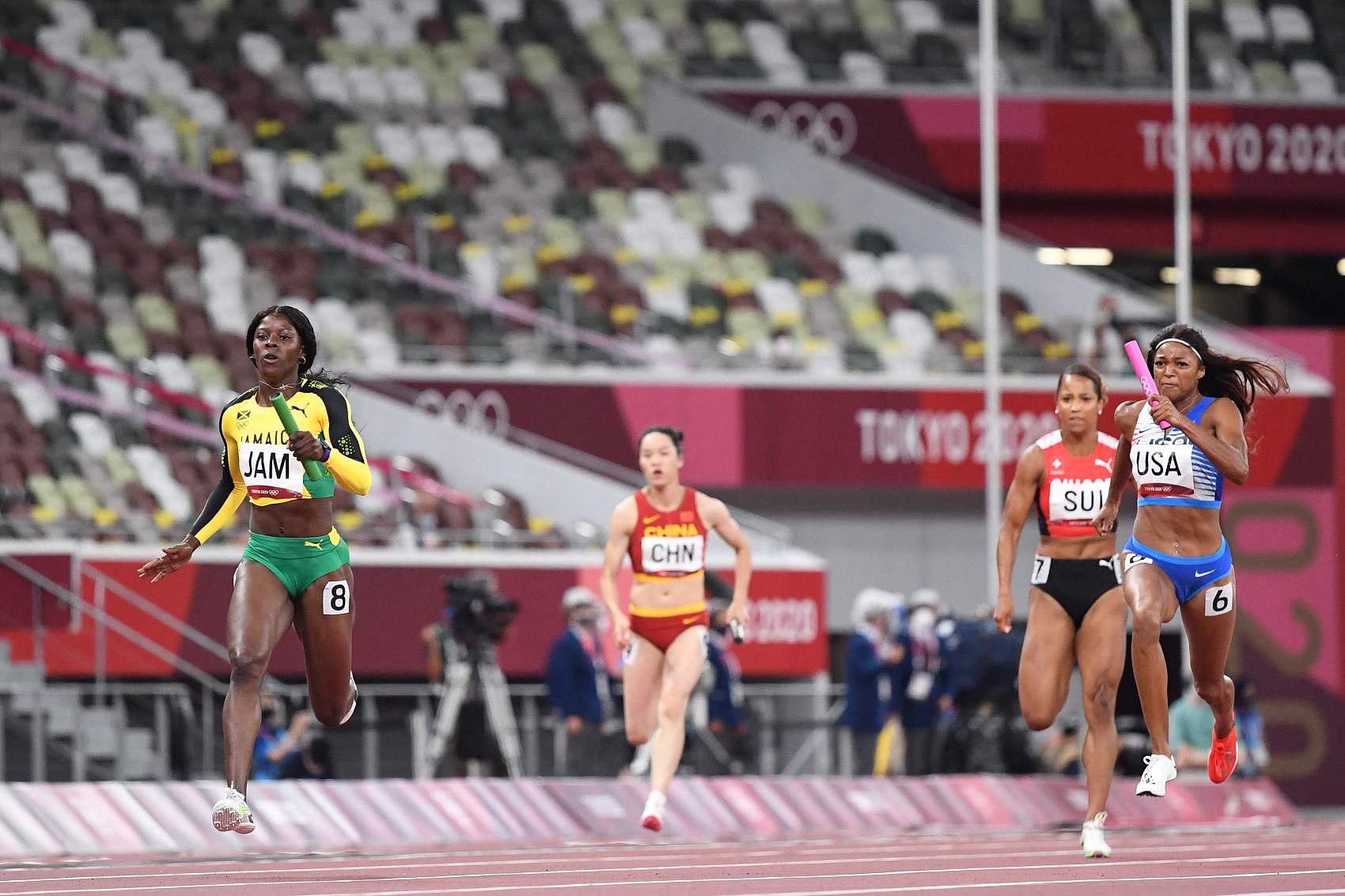 The Jamaican team, which includes all the medallists of the women's 100m competition at the Games, finished the race first in 41.02 seconds. USA ranked second with 41.45 and Britain settled for third with 41.88.

The Chinese relay team, which made their first appearance in the final since Sydney 2000, finished sixth with 42.71.