TOKYO, July 21 (Xinhua) -- Japan got off to a flying start by overpowering Australia 8-1 in the opening softball match of the Tokyo Olympics at the Fukushima Azuma Baseball Stadium on Wednesday. 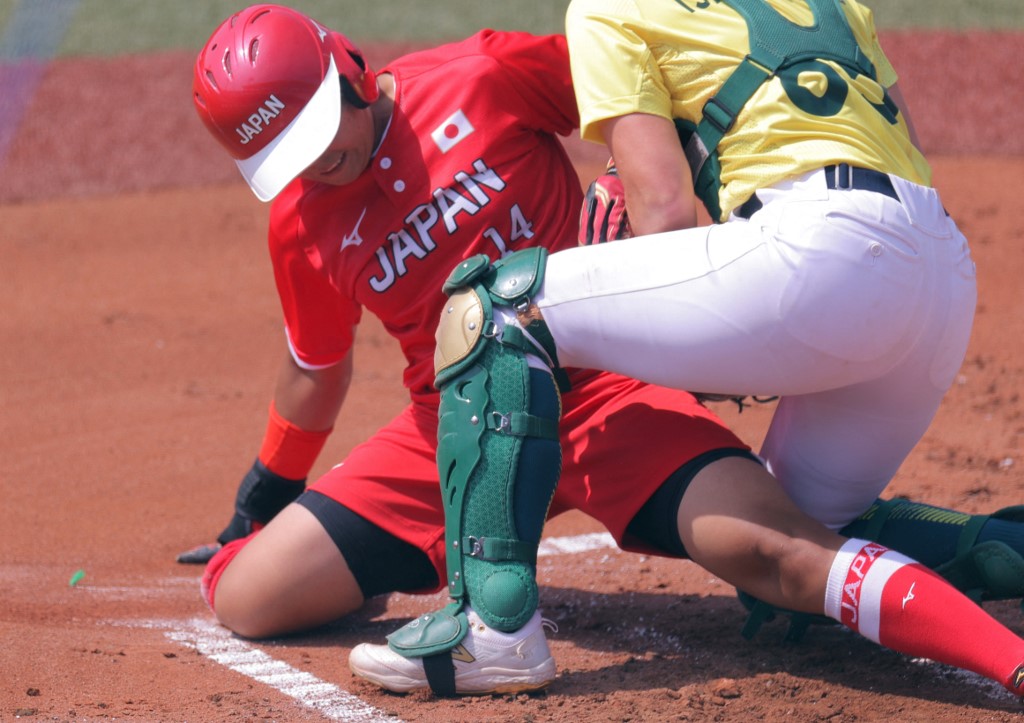 Japan's Minori Naito (L) slides safety into the home plate under the tag by Australia's catcher Taylah Tsitsikronis (R) in the first inning during the Tokyo 2020 Olympic Games softball opening round game between Australia and Japan at Fukushima Azuma Baseball Stadium in Fukushima, Japan, on July 21, 2021. (Photo: AFP)

Softball was the earliest sport to kick off at the Tokyo Olympics, two days ahead of the opening ceremony scheduled on Friday. Ueno Yukiko, recognized as one of the world's fastest pitchers, helped bring her team an opening victory in only five innings.

In the second inning, Japan's Naito Minori hit a two-run home run to center field, followed by two more homers in the fourth and fifth inning.

Due to the spread of the coronavirus pandemic, all spectators are banned from entering the stadium. Apart from the first two days of competition, most softball games will be played at Yokohama baseball stadium, south of Tokyo.

Yukiko said before the match that she hoped to play her best so that the excitement would reach the TV viewers.

Japan, the defending champion, seeks to snatch a second gold medal at the Olympics when the sport makes a return to Tokyo 2020 after Beijing 2008. However, softball, along with baseball, has been confirmed to be excluded from the 2024 Paris program.

In Beijing 2008, Japan won the gold by defeating the United States 3-1, putting an end to the US side's 22 winning streak.

Japan will take on Mexico on July 22, while Australia face Italy on the same day.