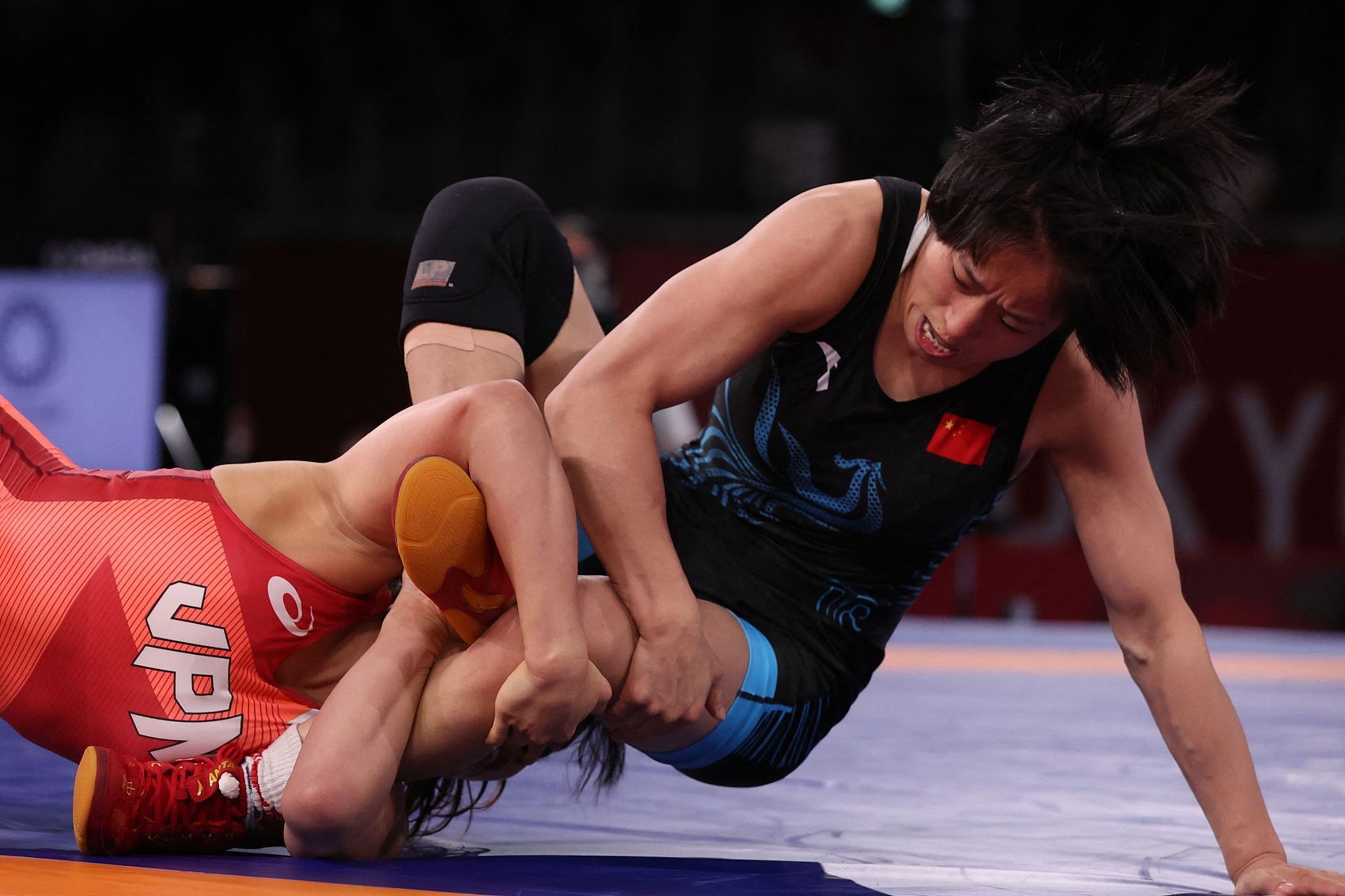 Susaki, the two-time world championship gold medallist and also the flag bearer for the Japanese team at the Games' opening ceremony, got Sun on the mat early and finished the tussle in the first period.

With the victory, Japan has become the most successful nation in wrestling competition at their home games with seven medals, including five golds.

Sun, the bronze medallist of Rio Games, settled for the silver.

Mariya Stadnik of Azerbaijan, who finished on the podium at each of the past three Games all in the 48 kg event, became the first athlete representing her country to collect more than three Olympic medals by sharing the bronze with American Sarah Ann Hilderbrandt.