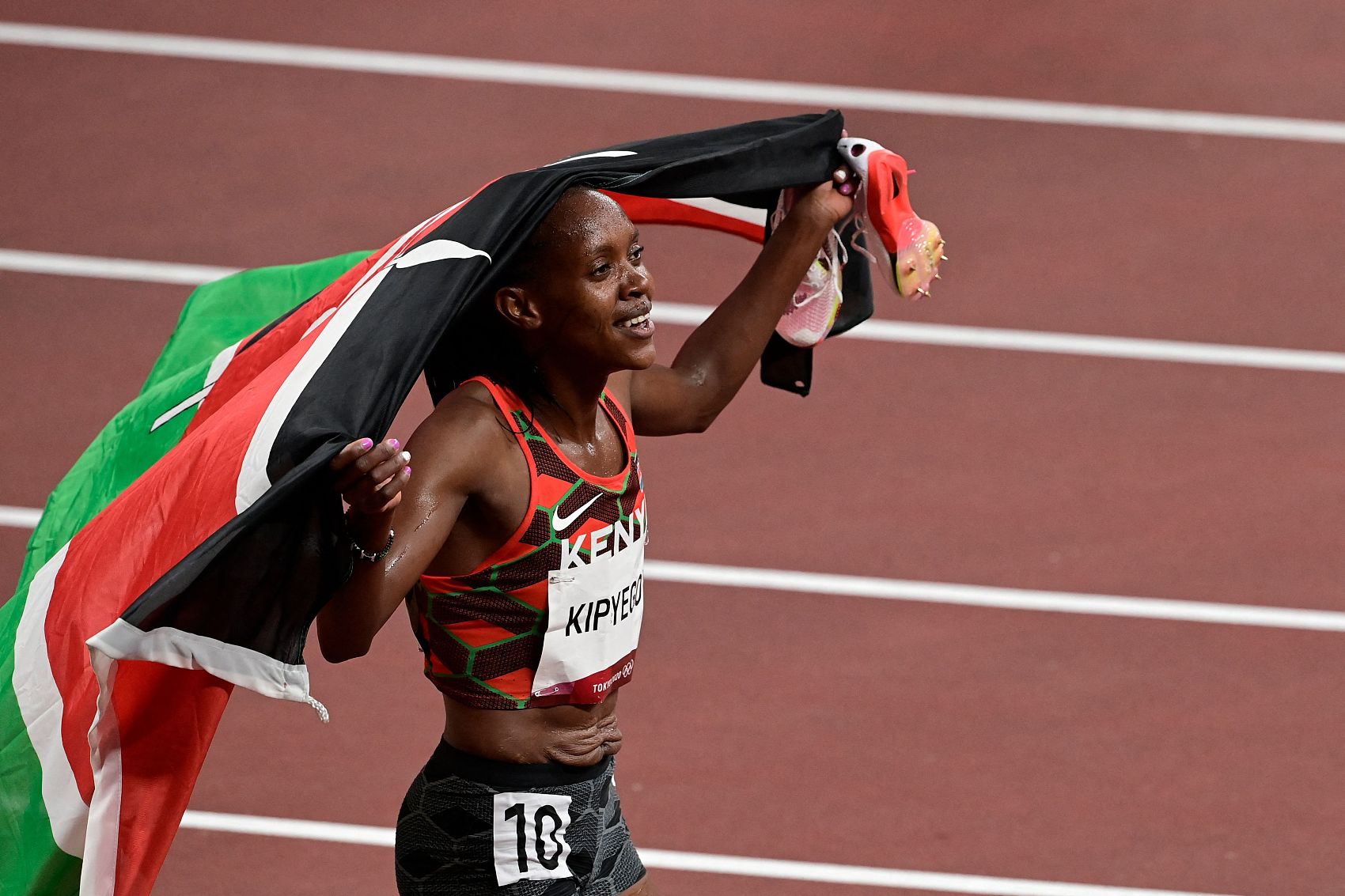 Kenya's Faith Kipyegon celebrates with her flag after winning the women's 1500m final during the Tokyo 2020 Olympic Games at the Olympic Stadium in Tokyo on August 6, 2021. (Photo: AFP)

Kipyegon surpassed Sifan Hassan of the Netherlands in the last lap, Laura Muir of Britain claimed a silver with 3:54.50, Hassan took bronze with 3:55.86.