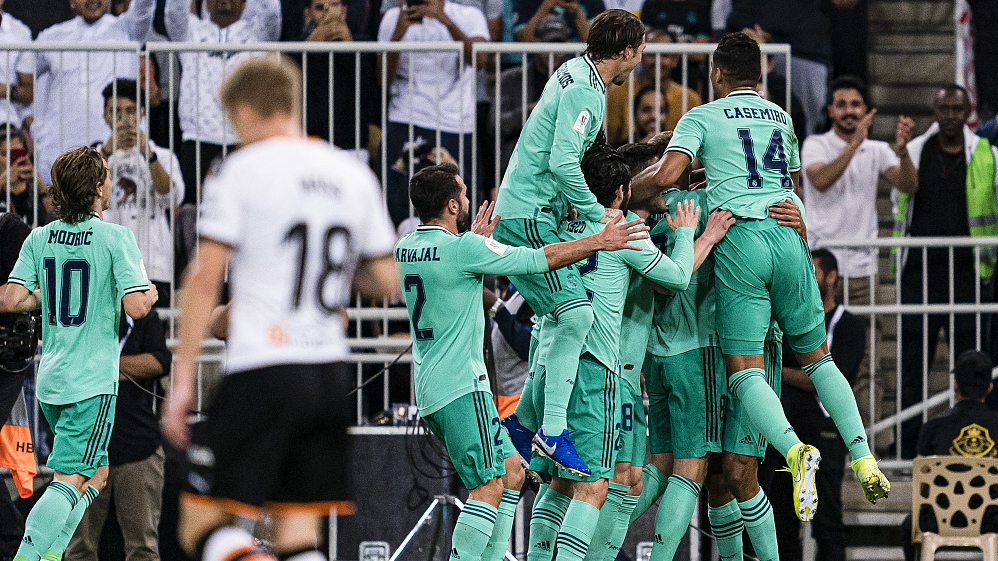 Toni Kroos scored a goal straight from a corner as Real Madrid beat Valencia 3-1 on Wednesday to reach the final of the controversial Spanish Super Cup in Saudi Arabia.

Kroos caught Valencia goalkeeper Jaume Domenech napping with a brilliant, instinctive strike before Isco made it two and Luka Modric added a classy third from a curling finish with the outside of his foot.

After two superb goals, the only shame was more fans were not there to see them given the King Abdullah Sports City stadium appeared only a little more than half full.

Dani Parejo scored a late Valencia penalty but Madrid advance to Sunday's final where they will meet the winner of Thursday's second semi-final between Barcelona and Atletico Madrid.

"For the goal of Isco, because maybe he needed that, the genius of Kroos and then something that only Modric can do. But it is a semi-final, we haven't won anything yet."

Barca coach Ernesto Valverde had said earlier on Wednesday that he preferred the traditional format of this competition, that pitted the La Liga champions against the winners of the Copa del Rey in a match in Spain in August.

Under those rules, Real Madrid, who finished third in the league last term and failed to reach the final of the cup would not even have qualified but they now have the chance to win their first trophy of the season, possibly against Barca in a Clasico final. 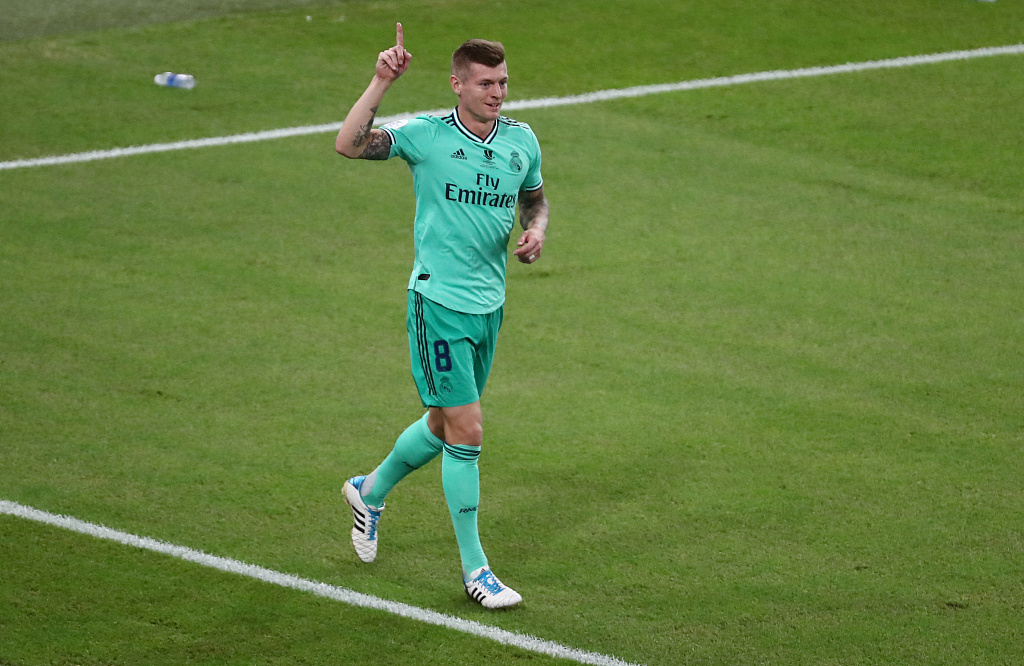 Either side of the interval, Real Madrid were too strong, extending their unbeaten run to 15 matches with another performance to suggest they are La Liga's form team ahead of the second half of the season.

Valencia had to cope without star player Rodrigo Moreno due to a knee injury while Madrid were also without their own top scorer in Karim Benzema, who has a hamstring strain, as well as Gareth Bale, who has a throat infection.

Zidane did not rule out Bale joining up with the squad for the final but said the Welshman has not trained all week.

In their absence, Kroos stepped up with a goal of which both Benzema and Bale would have been proud.

Madrid won the corner in the 15th minute and with Domenech out of his goal, instructing Francis Coquelin, Kroos nipped around the flag and bent the ball towards the net.

Domenech saw it coming but too late, and he could only succeed in punching the ball into the inside of his own goal.

Valencia wanted a penalty when Casemiro nudged Carlos Soler in the back and Kevin Gameiro should have done better than blast over after he did well to wriggle through.

But Madrid were the dominant force and Isco doubled the lead before the break. Fede Valverde pulled back for Modric and while his shot was blocked, Isco fired in the follow-up.

Luka Jovic's struggles continued as he struck the post from close range before Modric added a final flourish, selling Gabriel Paulista with a stepover left before guiding the ball into the far corner with the outside of his right foot.

Sergio Ramos handballed late on and Parejo scored the penalty but for Valencia the game was already up.