OLYMPICS Maybe you misunderstand him – Tracy McGrady, his ambition and fall

Maybe you misunderstand him – Tracy McGrady, his ambition and fall 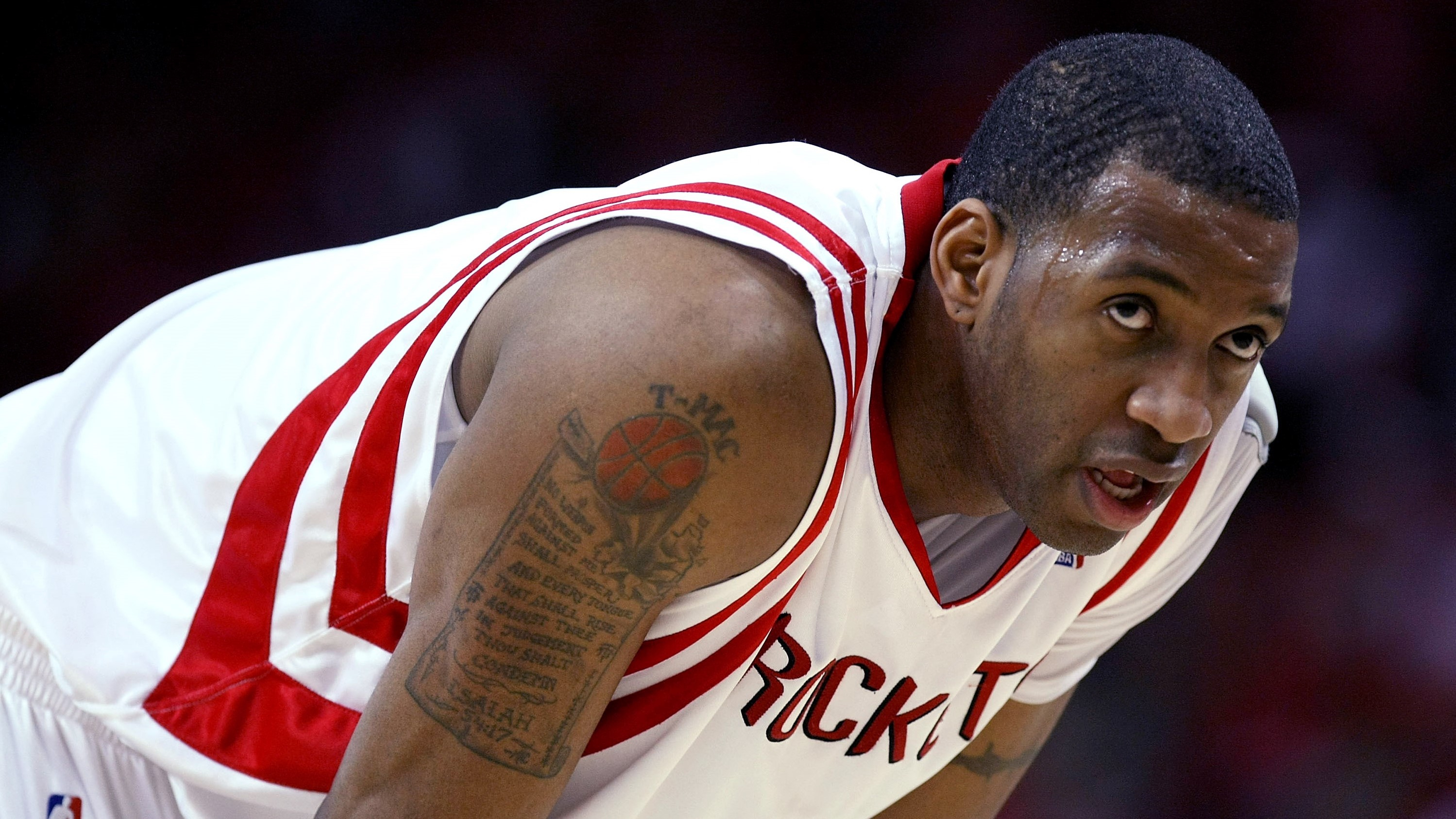 Tracy McGrady of the Houston Rockets in Game 1 of the NBA plyaoffs against the Utah Jazz at the Toyota Center in Houston, Texas, April 19, 2008. (Photo: VCG)

Tracy McGrady means something special to Chinese basketball fans for three reasons. First, he was teammate with Yao Ming for five seasons. Second, he had the miraculous performance of scoring 13 points in 35 seconds. Third, McGrady had a unique celestial quality in his game.

On June 25, 1997, 18-year-old high-school player McGrady was selected by the Toronto Raptors with the No. 9 pick, and that alone was an incredible accomplishment. Moses became the first high-school professional basketball player in 1974 and then it took the NBA 15 years to accept its first high-school player, Shawn Kemp. In 1995, despite his God-given talents, Kevin Garnett was only a fifth round selection, and Kobe Bryant was the 13th pick in 1996.

However, McGrady was worth that pick. He was 2.03 meters tall (and grew to 2.06 meters later) with a wingspan of 2.18 meters. He could finish 40-yard dash in 4.4 seconds. NFL's Bo Jackson and Michael Jordan were faster than him, but neither of them shared McGrady's height.

Having finished two flat seasons in the Raptors, McGrady met the first running point of his career. Before the 2000 All-Star Weekend, he was a good candidate for the Sixth Man of the Year with 14 points, five rebounds, three assists and two blocks. Nonetheless, when he replaced Doug Christie as a starter after the All-Star, McGrady raised his stats to 17+8+4+2. Then in 2000 summer, the Orlando Magic landed him with a six-year, 67.5-million-U.S.-dollar deal.

The young Floridian repaid the team by finishing the 2000-01 season averaging 26.8 points, 7.5 rebounds, 4.6 assists, 1.5 steals and 1.5 blocks per game. Meanwhile, people praised his penetration for the "quickest first step" of his. More importantly, McGrady said the following words in March, 2001:

"I got more points because there are so many people who don't defend. They don't want to foul, they want to stay on the court. I don't respect this kind of guy. They got 25 points, OK, let their defensive opponents get 30 points! Our goal is the finals. The situation in the East is broad, and we have a chance to get it."

Whoever criticized McGrady for not being aggressive enough or lazy or having no ambition, you may not be wrong, but please at least remember, McGrady used to be a different guy who said the above words.

In the next two years, McGrady met the peak of his career by claiming two scoring titles. But then he broke his back and was traded to the Rockets. The injury hurt his athleticism, but he was about to make the most legendary performance in NBA history.

McGrady got the ball, called a screen to dodge Bruce Bowen. 2.01-meter-tall Malik Rose switched to defend him. McGrady pulled up from downtown, splash, 76-71.

Then the Rockets fouled on Devin Brown, who made two free throws, 78-71.

The NBA's most annoying perimeter defender Bowen followed McGrady all along before Yao Ming set a screen to help McGrady get rid of him. Then McGrady shot a 3-pointer in front of Duncan, basket counted and one thrown, 78-75.

The Rockets fouled on Duncan made two free throws, 80-75.

McGrady caught the ball over Tony Parker's head, dribbled to the right wing, pulled up over Bowen, splash, 80-78.

The Rockets ball pressured every Spurs player. As a result, Brown lost the ball. McGrady caught the ball, dashed to the 3-point line, pulled up over Brent Barry – "For the win! Yes!" 81-80, the Rockets gained the lead and won the game.

In 35 seconds, McGrady buried four 3-pointers, including a four-point play, to get 13 points out of nothing.

Those were probably the most exciting 35 seconds in his career but no one would have thought that McGrady would be repaying that with the rest of his career.

In the 2005-06 season, he only played 47 games due to back spasms and other injuries. Then in the next season, Yao ascended to replace him as the Rockets' first offensive option. In the 2007-08 season, McGrady suffered shoulder and knee problems. He then underwent arthroscopic surgery and microfracture surgery, which cost him over half of the 2008-09 season. Nonetheless, the two surgeries did not seem to help McGrady who only played six games in the next season before he was sent away and began to fall into oblivion.

If you still recall what he said in 2001, here's what McGrady said in 2005: "Look, people have no idea what it feels like to be me, to be the guy who is blamed for the problems when the team is losing. I'm the guy making the most money, so I'm the guy everyone blames. What if people came to your job, if your company wasn't doing well, and said, 'You, you are the problem'? You would say, me? It's a whole company, a whole team."

He was broken by the injury and the blames, both physically and mentally. Unfortunately, this process kept repeating itself until McGrady retired.

How should we sum up McGrady's career? He entered the league as a high-school wunderkind. In his third NBA season, he showed the league the infinite potential within him. Then he spent three years growing from the league's best slasher to two-time scoring champion. After back injuries hurt his athleticism, McGrady became the NBA's best screen playmaker and borrowed 35 seconds from God to create a miracle. Then injuries took away his leaping ability but McGrady became a first-class off-ball scorer who could also play like a point forward. Then injuries hit him again and took his speed. Yet McGrady turned himself into a team coordinator and helped the Rockets start a 22-win-streak. After that, injuries continued to rob him of his ability for basketball, until there was nothing left.

It took talent, effort, luck and a strong mentality to make a true superstar in the NBA. McGrady enjoyed the first, used to have the second, lacked the third and was broken by the fourth.