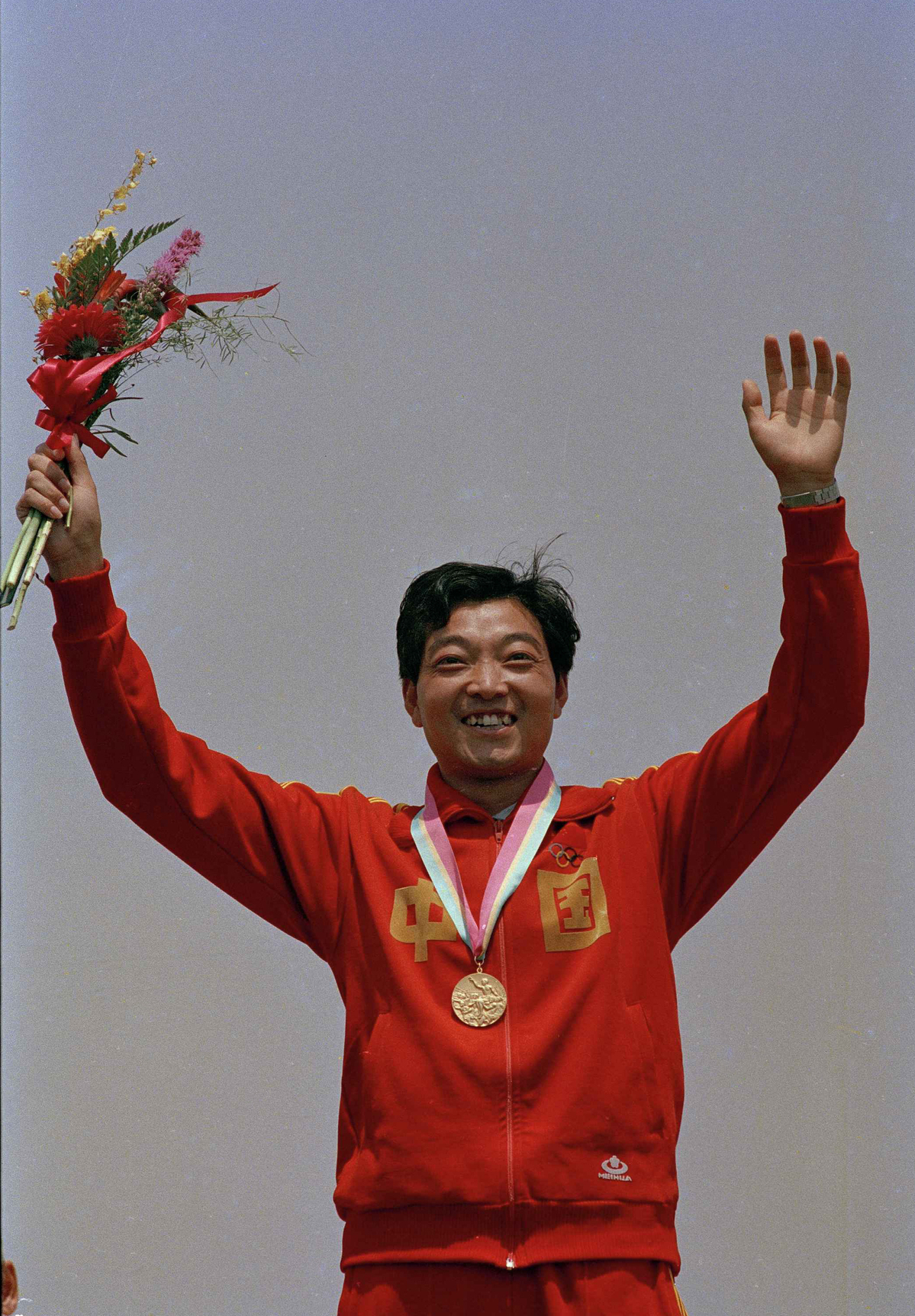 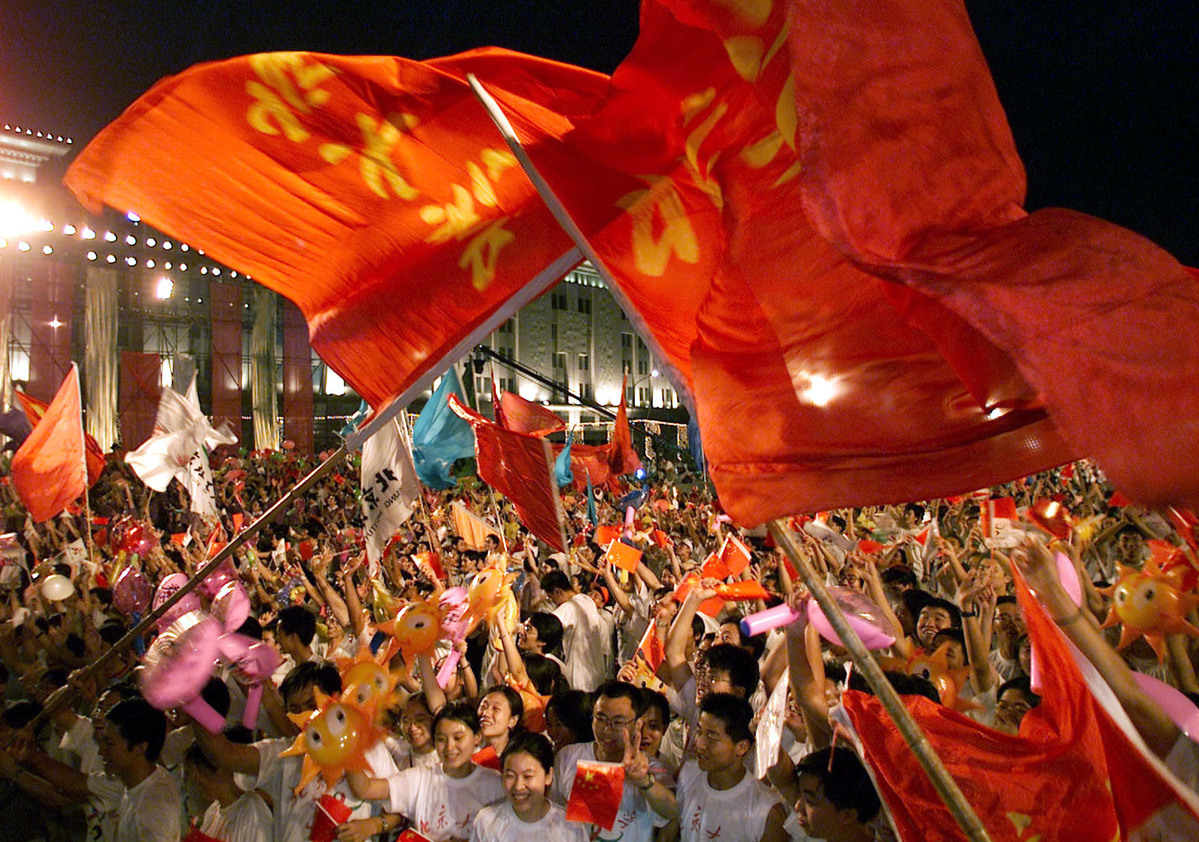 Chinese students at the Millennium Monument in Beijing celebrate after the capital city won the bid to host the 2008 Olympic Games, July 13, 2001. The International Olympic Committee in Moscow awarded China its first Olympic Games. 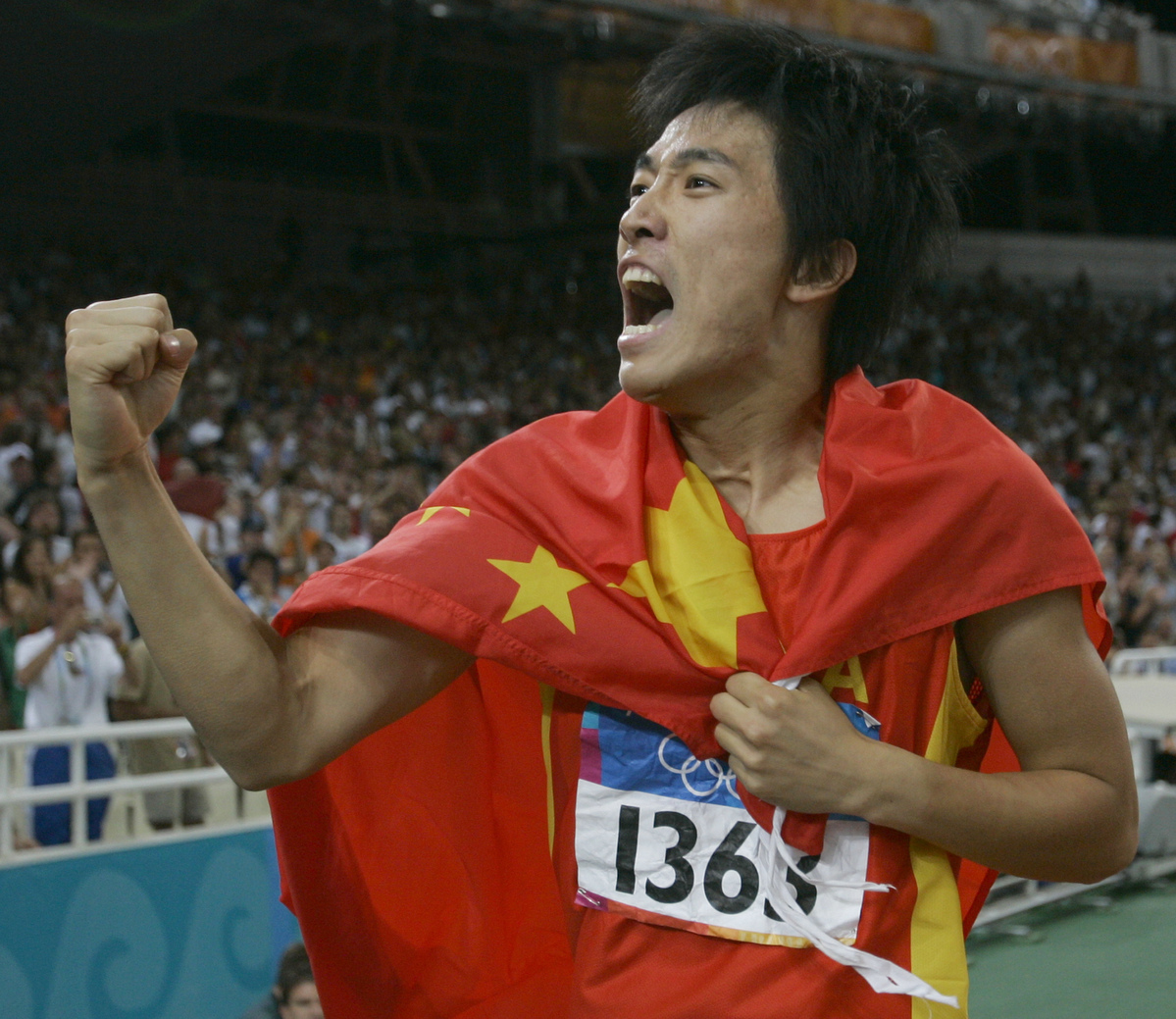 Liu Xiang celebrates his victory in the men's 110-meter hurdle final at the 2004 Athens Olympic Games, Aug 27, 2004. China's Liu won gold in 12.91 seconds, ahead of Terrence Trammel of the US and Cuba's Anier Garcia. 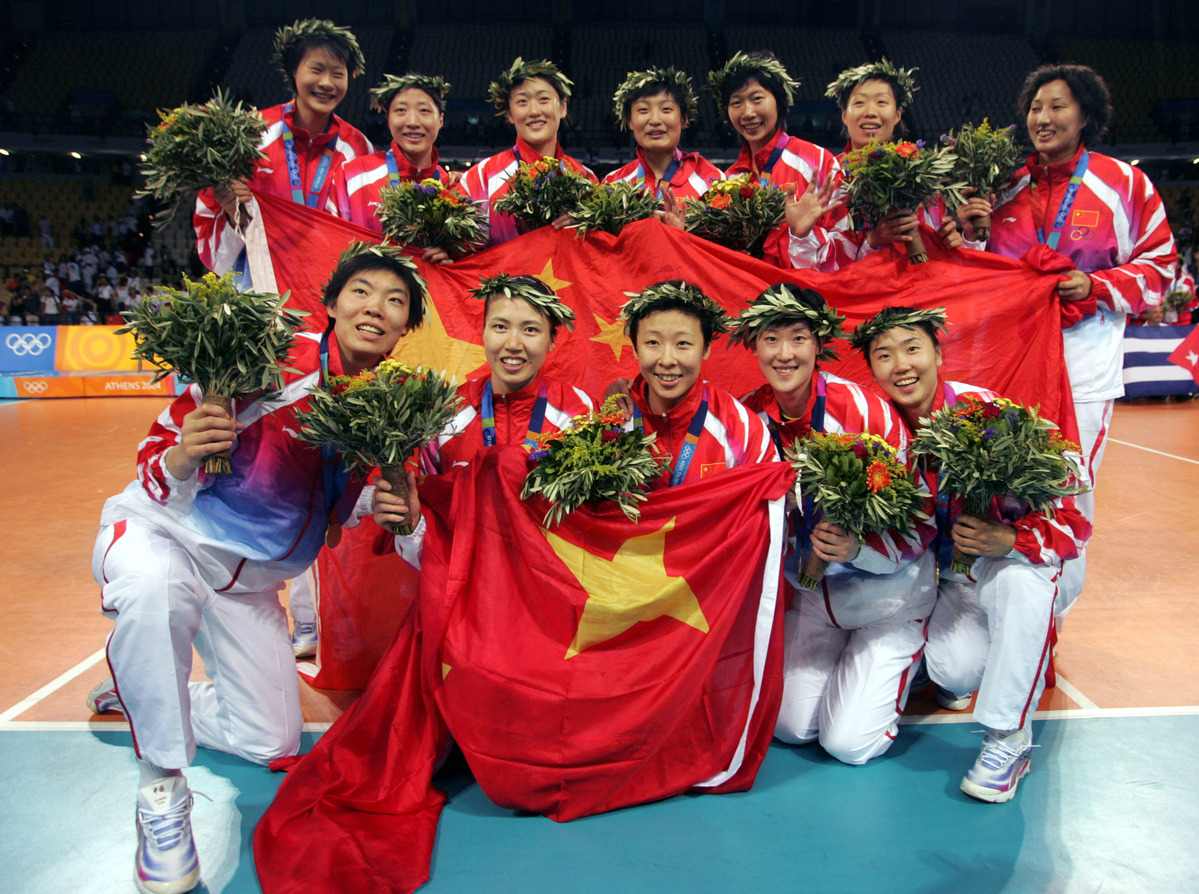 China's Olympic gold medalists celebrate with the national flag after the medal ceremony for the women's volleyball gold medal match against Russia at the 2004 Athens Olympic Games, Aug 28, 2004. 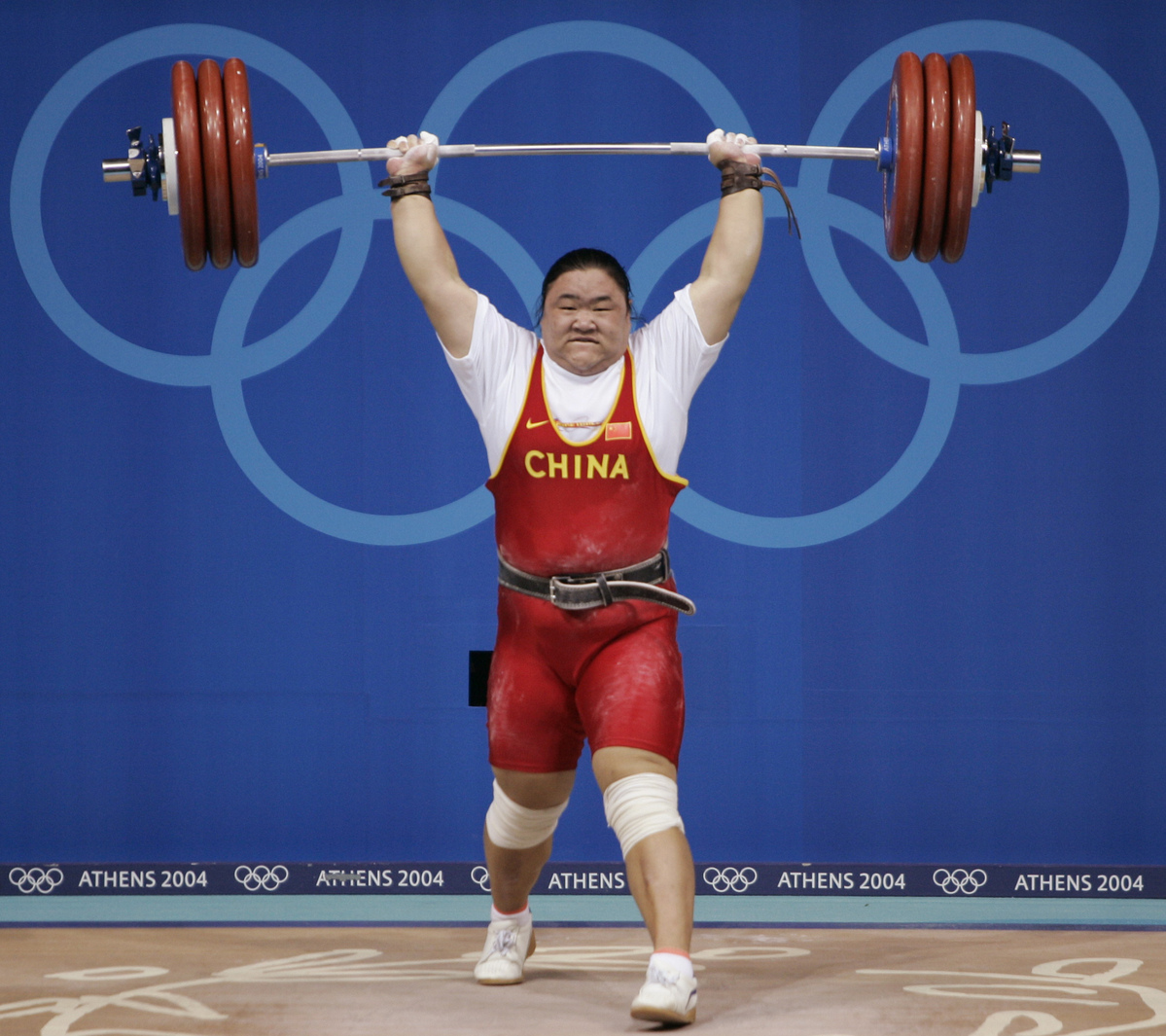 Tang Gonghong powers a lift in the women's +75-kilogram weightlifting event at the 2004 Athens Olympic Games, Aug 21, 2004. Tang set a world record of 182.5 kg in the clean and jerk during the Olympic weightlifting women's super-heavyweight competition. The lift also gave Tang a world record overall total of 305 kg. 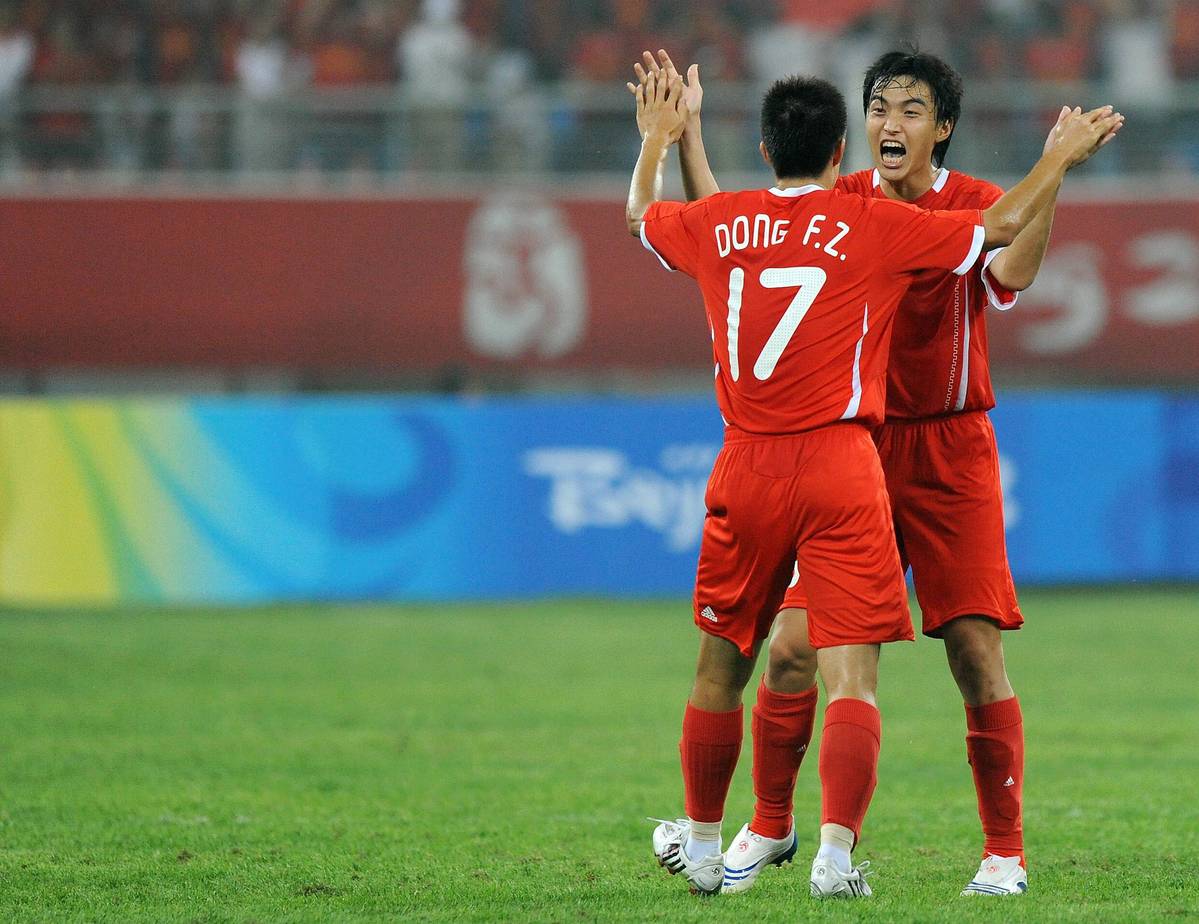 Dong Fangzhuo (left) scores during the 2008 Beijing Olympic Games. This is also the only goal that Chinese men's soccer team has made in Olympic history. 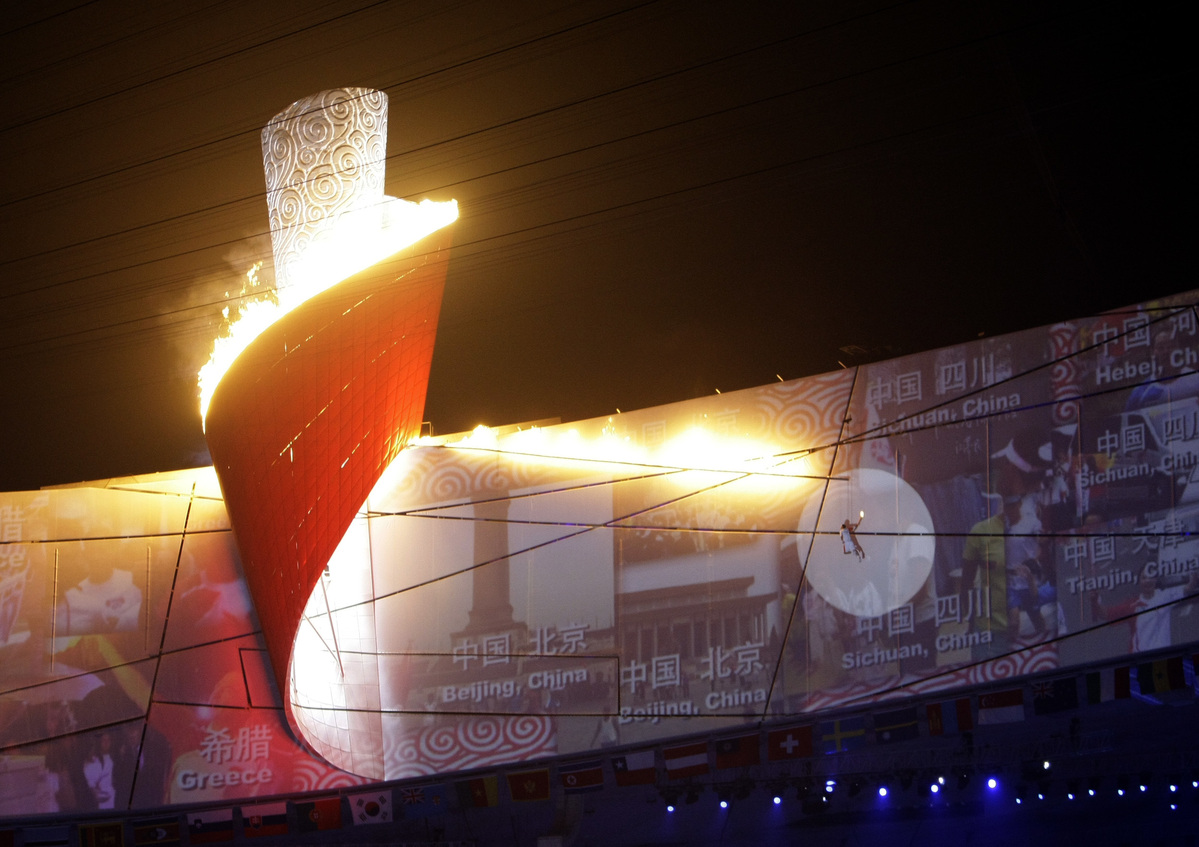 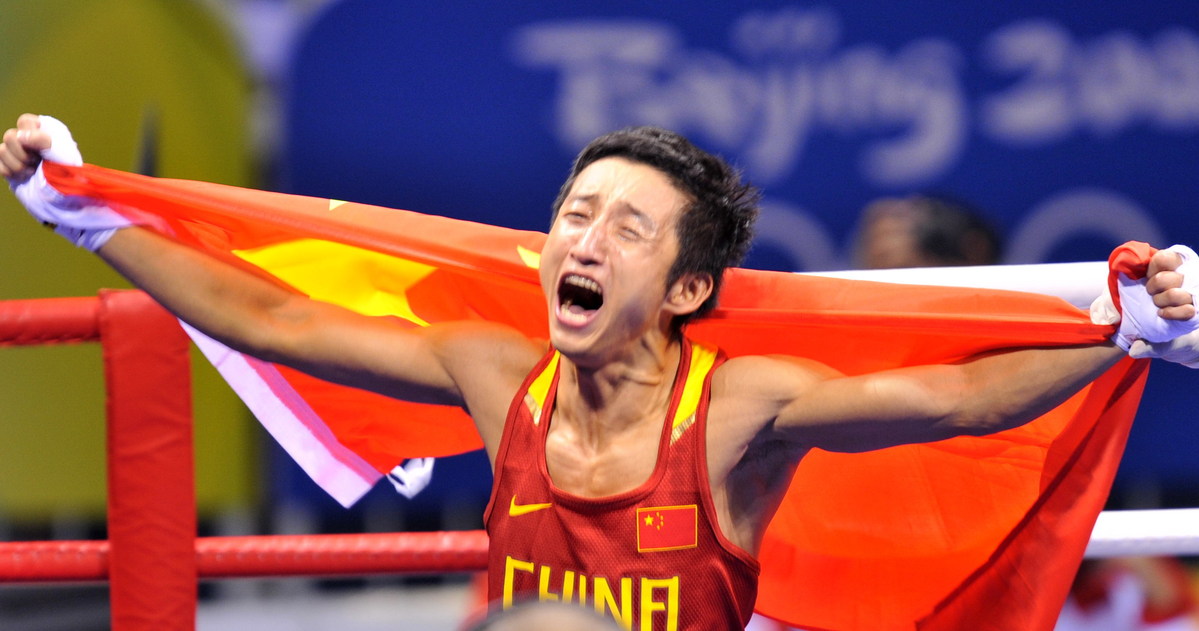 Zou Shiming celebrates after defeating Serdamba Purevdorj of Mongolia during the final of the men's light flyweight 48-kilogram boxing of the 2008 Beijing Olympic Games at the Beijing Workers' Gymnasium in Beijing, Aug 24, 2008.