With no more than 70 days to go before the start of the Beijing 2022 Winter Olympics, the games organizing committee held its second briefing for diplomats on Friday. Ambassadors from more than 70 countries attended the event at Shougang Industrial Park in the Chinese capital. 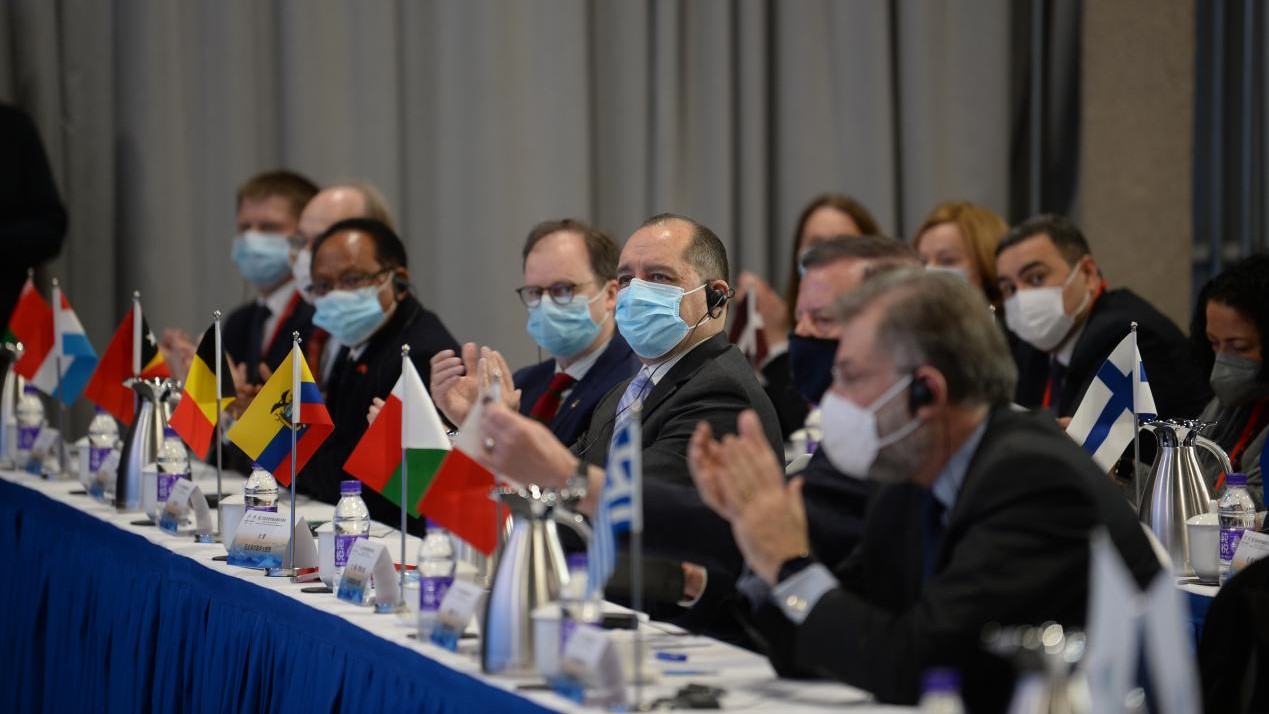 The committee's executive vice president, Zhang Jiandong, introduced to the foreign diplomats the games preparation work, saying he was confident that Beijing, as the world's first dual Olympics city, would host a safe and brilliant winter Olympic gala.

Juan Antonio Samaranch Junior, a member of the International Olympic Committee, delivered his wishes for the Winter Olympics in China via video link and praised the work of the organizing committee.

It was announced that the second version of the games playbook will be released in December, with guidelines on COVID-19 countermeasures, transportation, ticketing and other matters.

"I'm very much looking forward to the upcoming Beijing Olympics," said Signe Brudeset, the Norwegian ambassador to China. "Winter sports are very important to Norway, and Norwegian athletes are diligently preparing for the Games right now."

Finland's ambassador Leena-Kaisa Mikkola said that although there are always surprises at Olympics, Finnish athletes are looking forward to gaining medals in their favorite events like cross-country skiing and ice hockey.

The Beijing 2022 Winter Olympics will be held from February 4 to 20 in three competitions zones — Beijing, Yanqing and Zhangjiakou.