OLYMPICS Nadal insists Federer Slam record not on his mind

Nadal insists Federer Slam record not on his mind 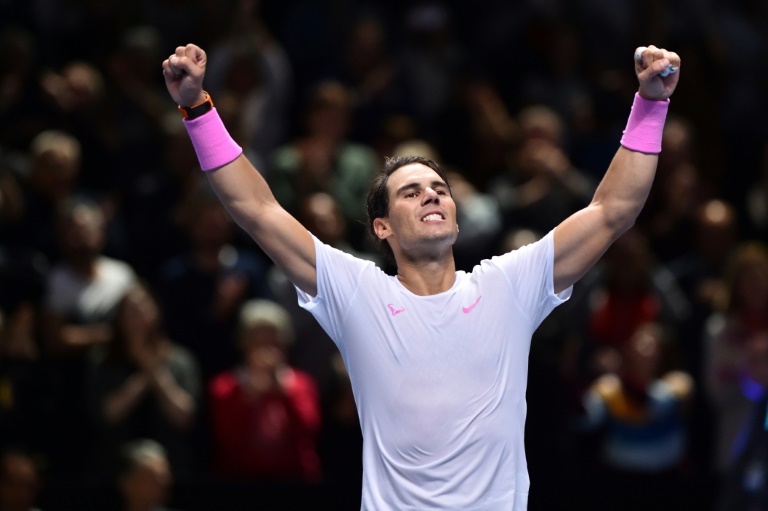 The 33-year-old last year won the French and US Open titles to move within one of his Swiss rival's record tally of 20.

Federer has sat on top of the all-time list since 2009 when he passed Pete Sampras' benchmark of 14 after winning a five-set thriller over Andy Roddick at Wimbledon.

A Nadal triumph in Melbourne could set the stage for him to set a new landmark at Roland Garros, where he will start hot favourite to add to his 12 French Open titles.

But the Spaniard downplayed the potential historical implications after steering Spain into the ATP Cup quarter-finals.

"I honestly don't think much (about Federer's record)," Nadal said.

"My only goal is to keep playing good tennis, keep enjoying this sport and being happy. And if that happens and I stay healthy then the goal is to keep producing chances in the events that I'm going to play."

Unbeaten Spain qualified for the knockout stages in Sydney after sweeping Japan in Group B in Perth with Nadal yet to drop a set from his three matches.

The 19-time Grand Slam winner, however, was pushed by in-form world number 72 Yoshihito Nishioka before prevailing 7-6 (7/4), 6-4 in two hours and seven minutes.

"It was the first experience with the heat here in Australia, so we played under heavy conditions and it was tough," he said. "I played against a player who has started the season on fire, so it was an important victory for me and the team."