Brett Brown gathered his team in the locker room to ring the postgame victory bell when the 76ers coach noticed a familiar face on general manager Elton Brand's phone. There was Joel Embiid on FaceTime, calling in from New York where he's set to have surgery Friday to repair a torn ligament. Embiid had to like the view – a Sixers team that gutted out a win hours after learning the All-Star center was out indefinitely. 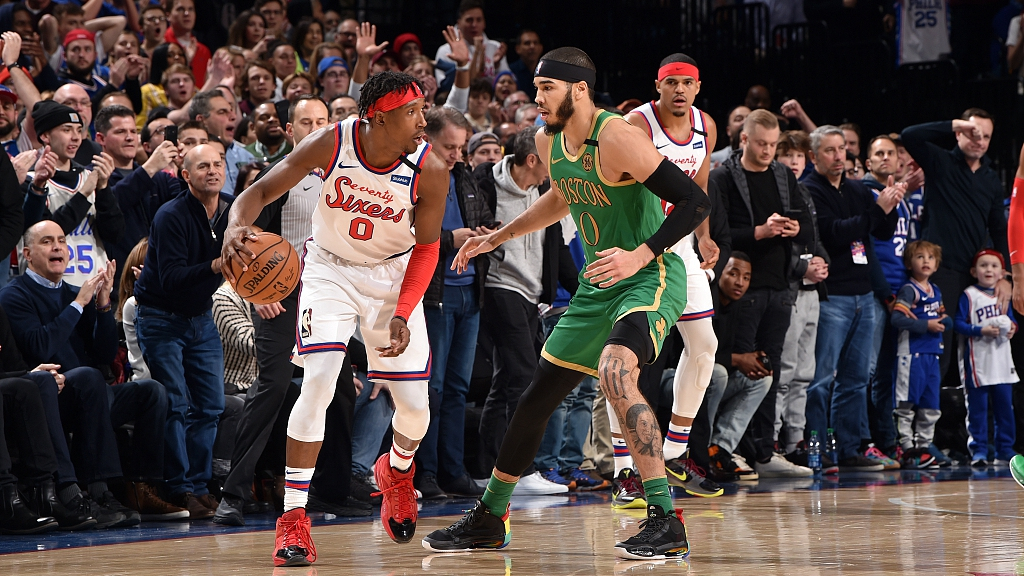 Josh Richardson (L) of the Philadelphia 76ers handles the ball during the game against the Boston Celtics at the Wells Fargo Center in Philadelphia, Pennsylvania, January 9, 2020. (Photos: CGTN)

"We're going to miss Joel for however long it is," guard Ben Simmons said, "but tonight was a good start."

Embiid will have surgery for a torn ligament in a finger in his left hand and will be evaluated in one to two weeks. Embiid, averaging 23.4 points and 12.3 rebounds in 31 games this season, tore the radial collateral ligament in the ring finger Monday night in a victory over Oklahoma City.

Mike Scott slid into the starting rotation, along with Al Horford, Tobias Harris, Richardson and Simmons. Simmons, an All-Star point guard, played center at times and drew a charge on Enes Kanter with 1:45 left in the first quarter. 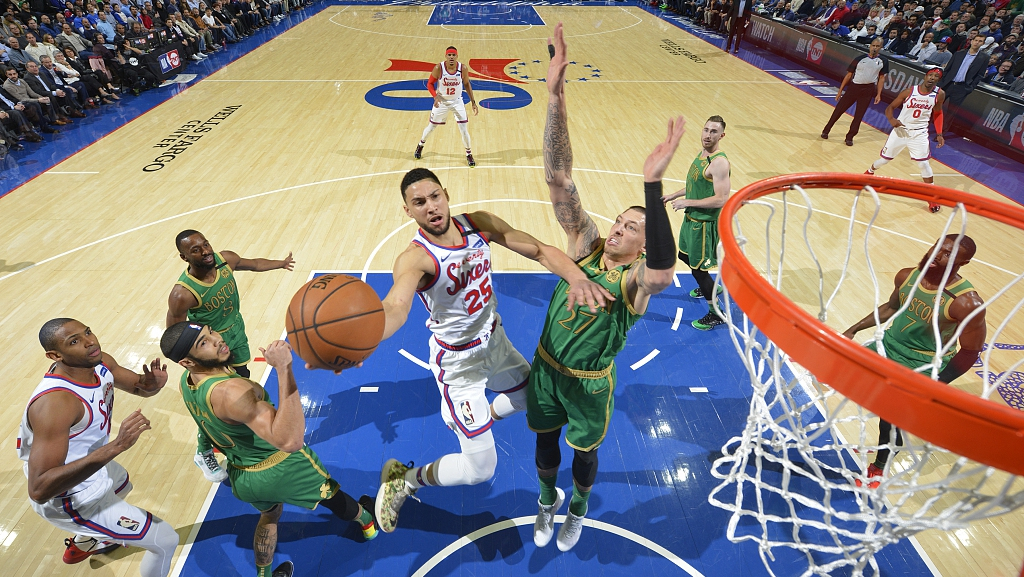 Ben Simmons of the Philadelphia 76ers shoots the ball against the Boston Celtics at the Wells Fargo Center in Philadelphia, Pennsylvania, January 9, 2020.

With Embiid out indefinitely, even the deep reserves are going to have to contribute to keep them afloat until he returns. That included Furkan Korkmaz, who buried a 3 late in the fourth that stretched the Sixers' lead to 91-87. Horford, who left Boston in the off season to sign a four-year deal with Philadelphia, converted a three-point play for a seven-point lead. The Celtics pulled within two, but the Sixers used a 9-0 run to put the game away and improve to 18-2 at home.

"It's two big sports cities that really get behind their teams, so you appreciate that," Richardson said. "I feel like everybody's almost ready to fight about that game when it comes up."

The Celtics had their own injury scare when Kemba Walker, ejected for the first time in his nine-year NBA career a night earlier, sprained his left thumb. Walker ran into Scott and instantly clutched his hand late in the second quarter. Walker, who scored 26 points on 10-for-20 shooting, tried to shake it off but left for the locker room shortly before the Celtics took a 55-48 lead into halftime.

Walker, wearing a wrap in the locker room, said he jammed his thumb and didn't think he would need additional tests.

"When he first went down, we were worried about ligaments," coach Brad Stevens said. "Right now, in a lot of ways, it feels like we dodged a bullet." 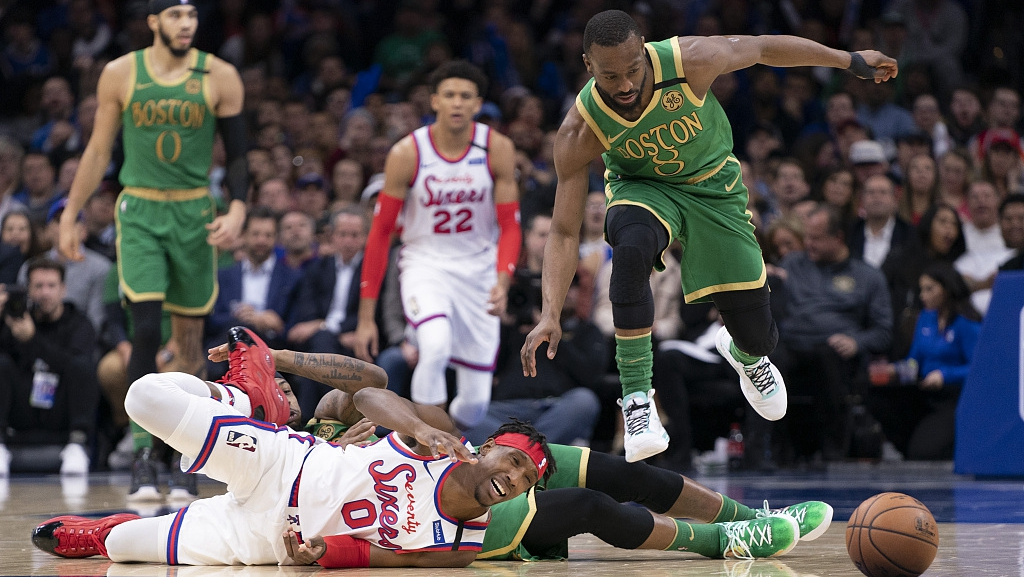 Kemba Walker of the Boston Celtics compete for the ball against Josh Richardson of the Philadelphia 76ers in the fourth quarter at the Wells Fargo Center in Philadelphia, Pennsylvania, January 9, 2020.

Walker looked fine when he returned to the lineup.Jayson Tatum and Walker hit back-to-back 3s to tie the game at 69-all in the third and wipe out a hole caused by the Sixers' 11-0 run to start the half.

"We just have to close out games better," Walker said. "You can't win them all, obviously. But we've got to be better."