TOKYO, Aug. 6 (Xinhua) -- The Netherlands bagged the women's hockey gold medal after going past Argentina 3-1 at the Tokyo Olympic Games here on Friday. 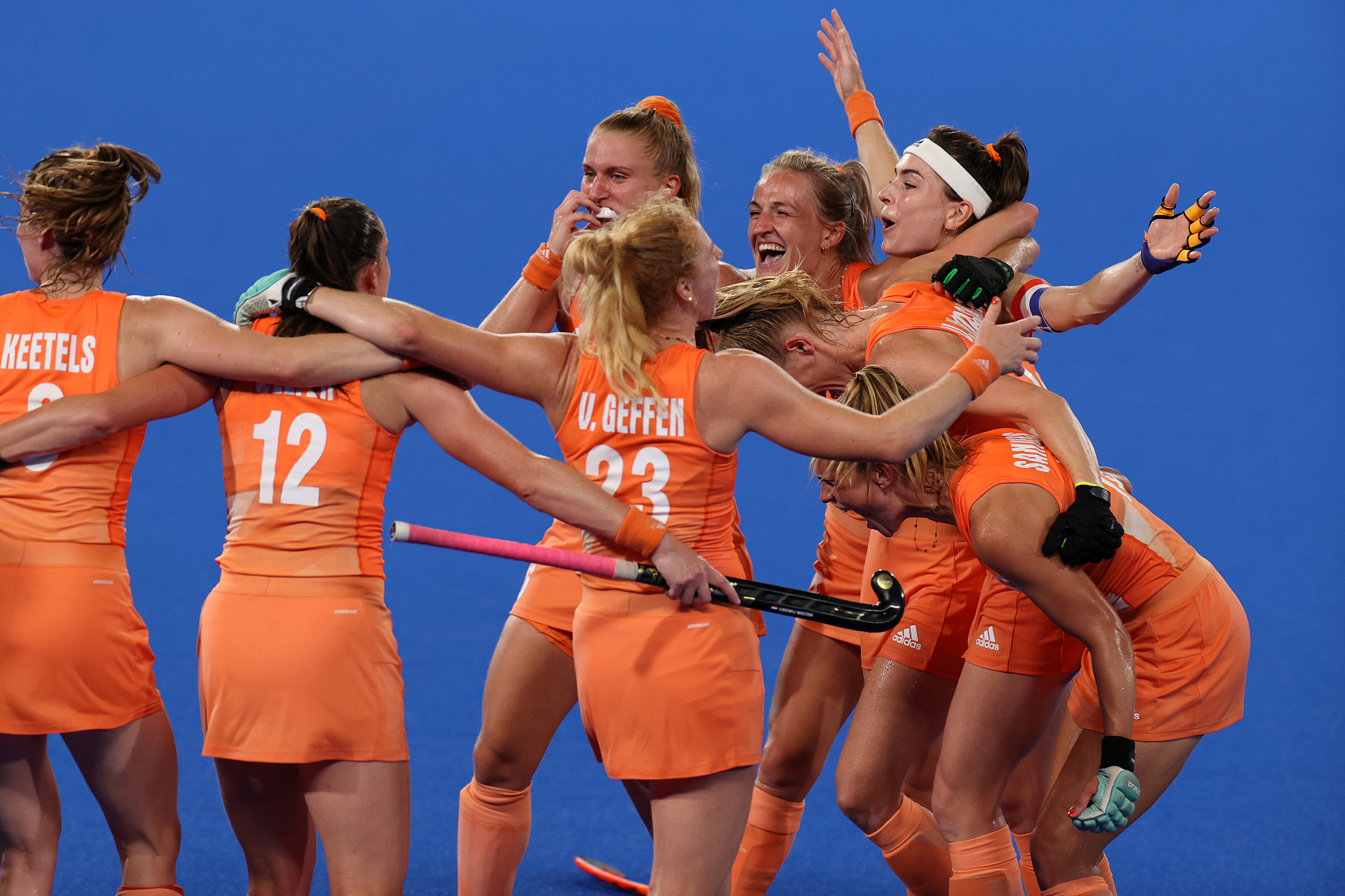 All four goals arrived in the second quarter. Margot van Geffen moved the Netherlands ahead in the 23rd minute. Her teammate Caia Jacqueline van Maasakker added a double in the 26th and 29th minute.

Agustina Gorzelany pulled one back one minute later, but it was still unable to save Argentina from a defeat.