The leader of the Tsinghua shooting team, Yang Bin, also the university's vice-principal, said the their confidence and enthusiasm are the best embodiment of the Tsinghua spirit and the spirit of competitive sports.

Yang Qian, the Olympic champion of the women's 10 meter air rifle event, shared how she prepared for the Tokyo Olympic Games. She gave her uniform at the Olympic podium and her souvenir mascot of the Tokyo 2020 Games to THU as presents. 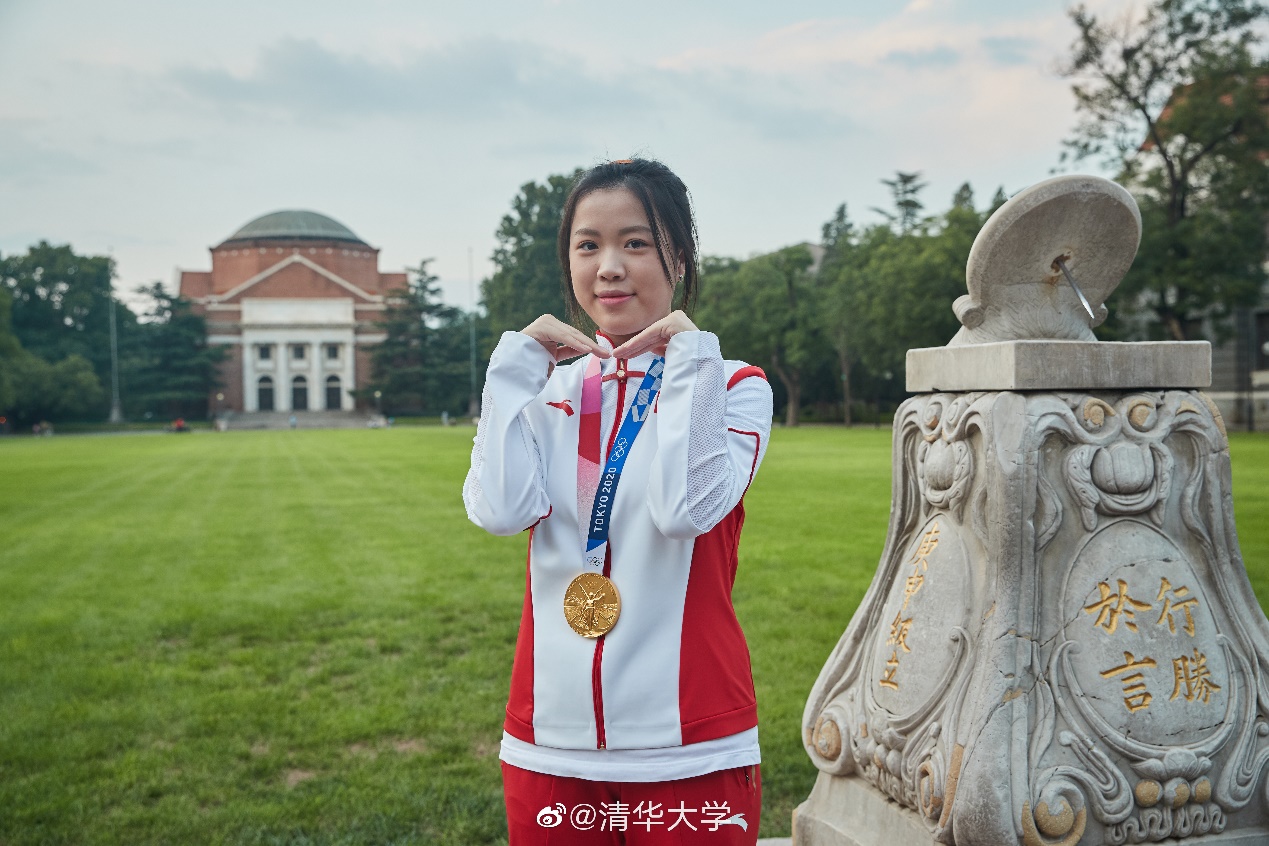 "THU helps me realize all-round development. I'm always motivated by the Tsinghua spirit and it served as my strong source of strength for Olympics," said Yang. 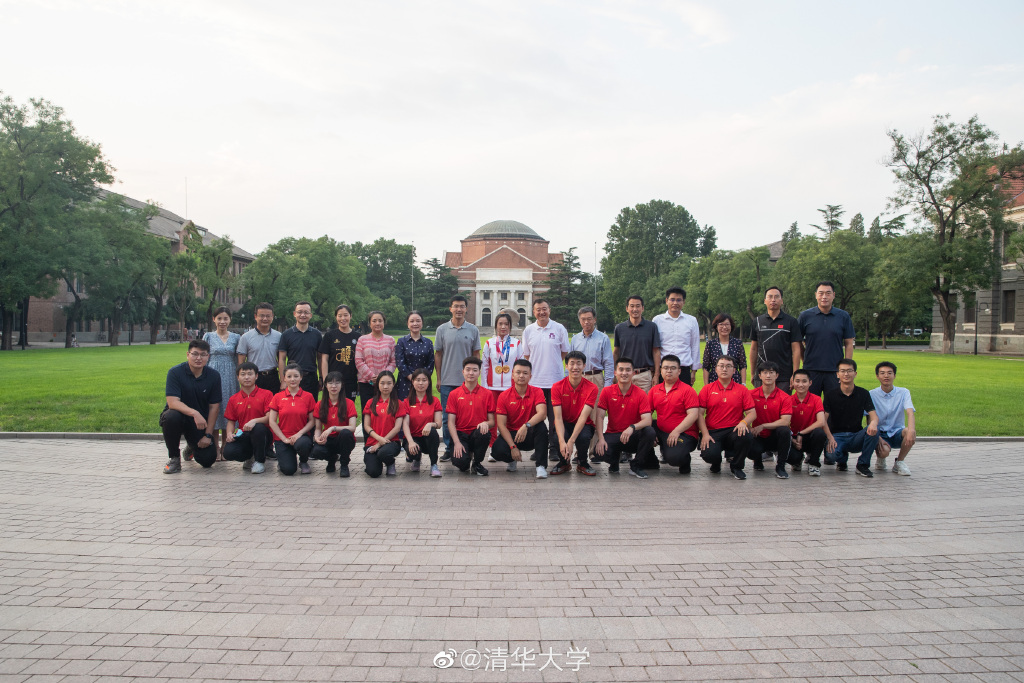 The shooting team, one of the high-level sports teams at THU, was established in October 1999 and now has 22 members. By the end of 2020, the shooting team had claimed 725 medals in significant sporting events at home and abroad, including the National Youth Games, National Games, Asian Games, World Cup, World Championships and Olympics.