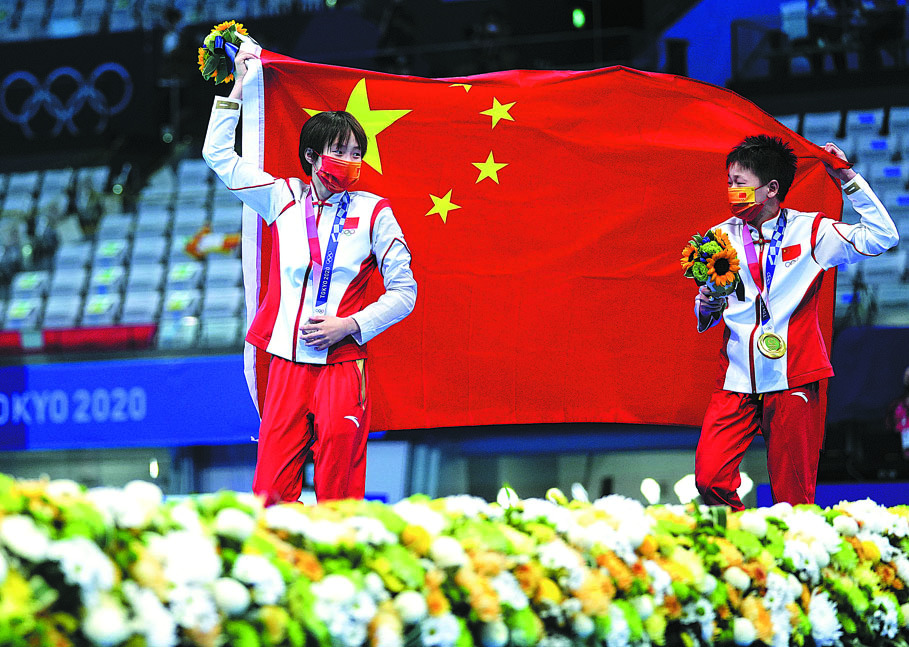 BEIJING - Over 99 percent of people who participated in a recent survey said they would cheer for Chinese athletes at the Tokyo Olympics, regardless of whether or not they won gold medals.

Polling 1,693 people, the survey was conducted by the China Youth Daily online and published in the newspaper earlier this week.

Of the people surveyed, 98.7 percent said they have closely followed the Chinese delegation's performance at the Tokyo Olympics. Table tennis, swimming, diving and shooting were among the sports that had received the most attention from respondents.

As the Tokyo Olympics come to an end, about 98.1 percent of the respondents said that they have been inspired by the spirit of the Olympic athletes, and 72.8 percent said the performances of the Chinese athletes at the games have simultaneously demonstrated the Olympic spirit and national confidence.

Over 70 percent of those surveyed said they were awed by the great performances of China's teen Olympians, and expected even brighter futures for them.

Over 30 percent said they had paid attention to the COVID-19 countermeasures at the Tokyo Games.