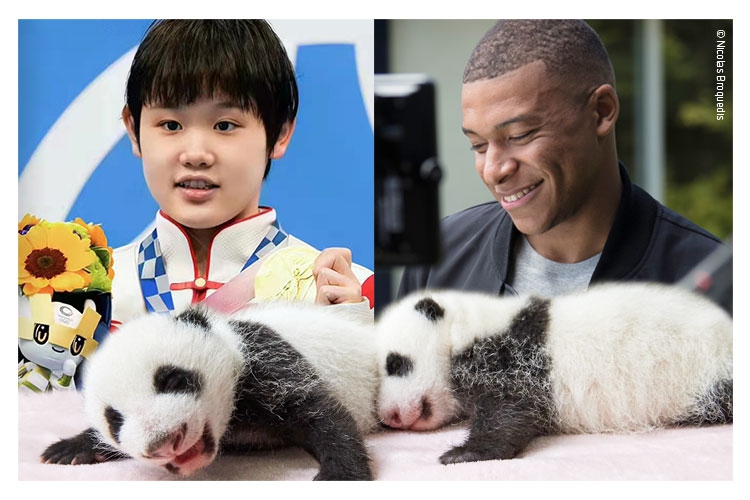 Mbappe will be godfather to one of the panda twins while Zhang, gold medalist in the 10-meter synchronized diving at the Tokyo Olympics, will be godmother to the other, Beauval Zoo announced on Wednesday.

According to Beauval Zoo, the involvement of the two sports stars can make more young people aware of the importance of protecting endangered species and biological diversity. 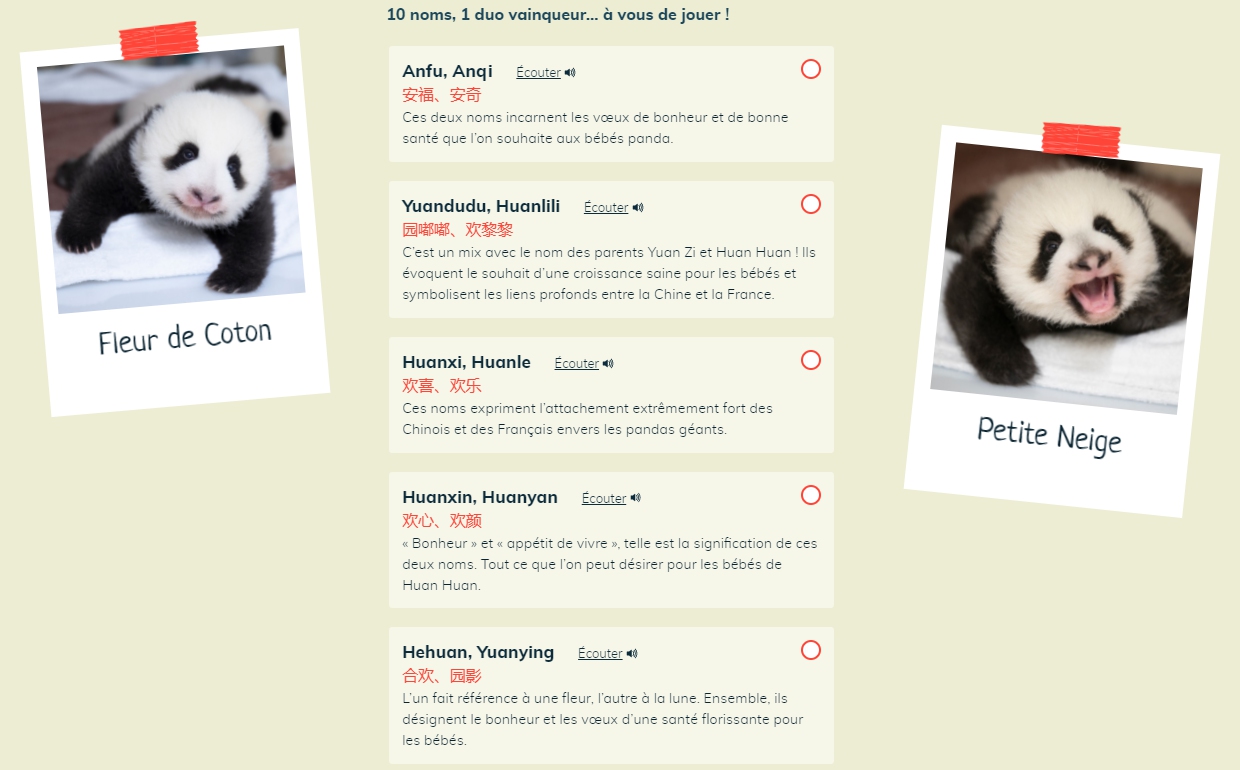 Five pairs of names on the Beauval Zoo official website for the public to vote on. (Photo: Beauval Zoo)

China has chosen Zhang to represent China in France. As a great champion who has already won several medals, she has had a lifelong passion for pandas, a member of staff at Beauval Zoo told the Global Times.

Along with Zhang, Mbappe will help introduce young people to the conservation and protection of animals, the staff member added.

Born on August 2 to Huan Huan, a giant panda that has lived in Beauval Zoo since 2012, the baby pandas have been nicknamed "Little Snow" and "Cotton Flower." They will be given official Chinese names at the naming ceremony according to tradition.

The zoo has posted five pairs of possible names on its website on Wednesday for the public to vote for. Mbappe and Zhang will reveal the final Chinese names from "Anfu and Anqi," "Yuandudu and Huanlili," "Huanxi and Huanle," "Huanxin and Huanyan," and "Hehuan and Yuanying" at the ceremony.