A strike by Canadian border agents has ended with an agreement on raises and other issues, a union announced. 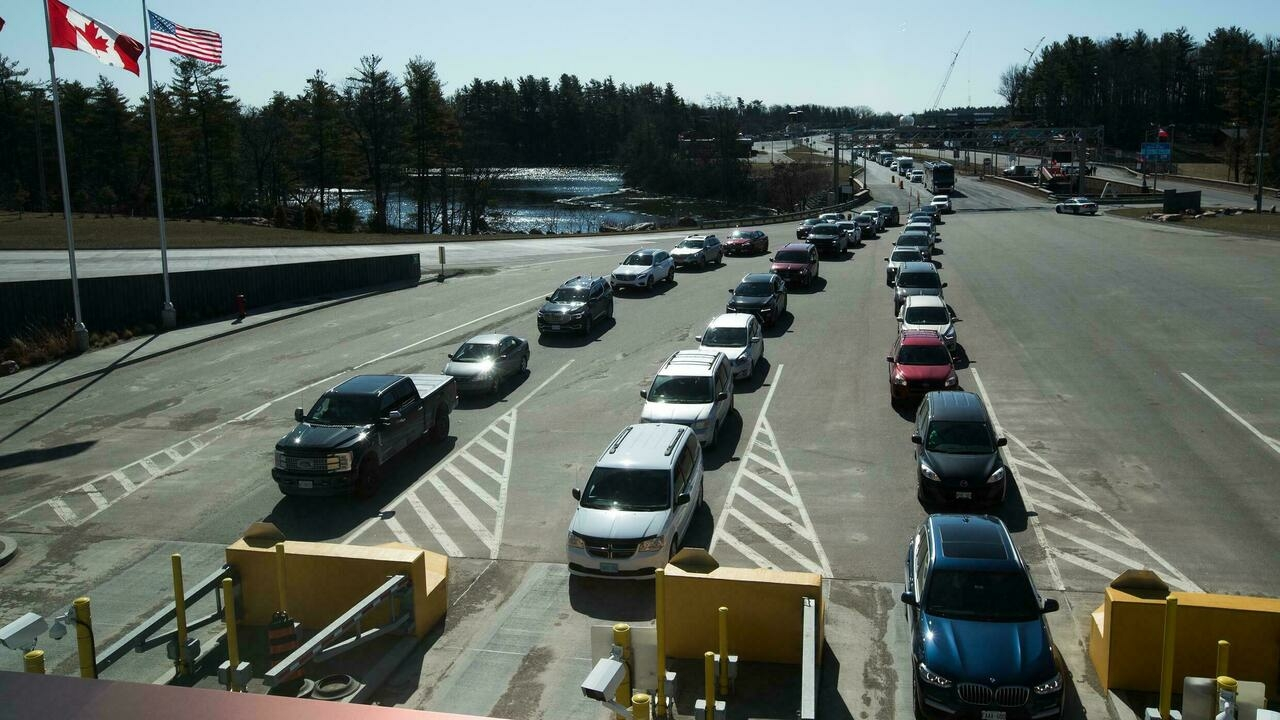 Traffic builds up on the Ontario side of a Canada-US crossing in March 2020 after the border was closed for non-essential travel. (Photo: AFP)

Thousands of agents joined the work-to-rule strike Friday, three days before the land crossing reopens to Americans fully vaccinated against Covid-19, according to the Public Service Alliance of Canada (PSAC).

Inoculated US citizens and permanent residents will be allowed to enter Canada for non-essential travel from Monday without any quarantine requirements for the first time since March last year.

But operations were deliberately slowed at the border on Friday as strikers complained of a "toxic work environment at the agency" and demanded more robust protections against harassment and discrimination.

"Travelers and commercial carriers entering Canada can expect long lines and delays at border crossings and airports starting Friday, August 6, as 9,000 members of the Canada Border Services Agency go on strike across the country," the union said earlier this week in a statement.

By evening, the hours-long collective action had ended as the union signed an agreement with the authorities, according to PSAC.

"After three years of negotiations, we have finally managed to resolve long-standing issues, which will go a long way to helping our members feel valued and safe at work," said Mark Weber of the Customs and Immigration Union.

The agreement includes average salary increases of two percent per year and a meal allowance for staff.

In addition, a joint committee will tackle the alleged "toxic" work climate.

Canada's border agency is responsible for 117 land crossings and operates at 13 international airports.