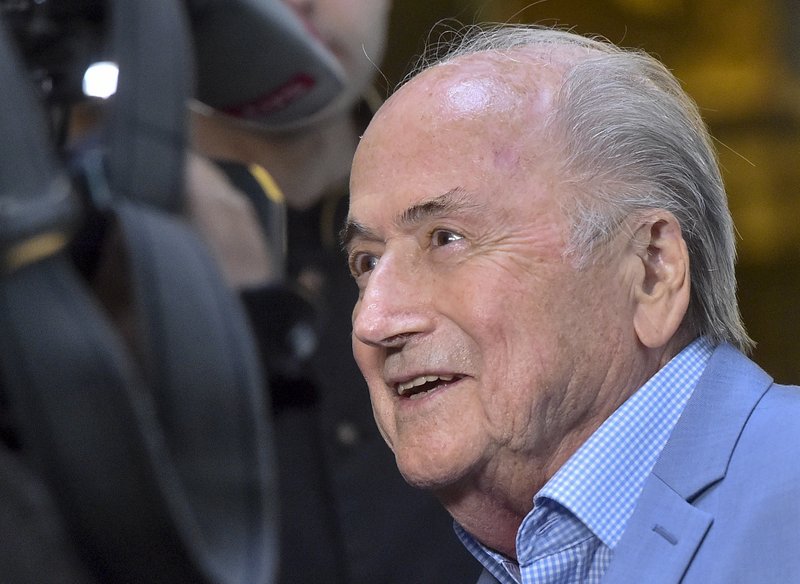 In a legal victory for former FIFA president Sepp Blatter, federal prosecutors in Switzerland plan to drop one of two cases open against him for suspected criminal mismanagement.

The Swiss attorney general’s office on Saturday confirmed reports they intend to close an investigation into how Blatter and soccer governing body FIFA awarded World Cup broadcast rights in the Caribbean in 2005.

The decision is the latest example in recent weeks of the Swiss FIFA cases stalling, while the separate and cooperating American investigation sparked back into life with new indictments and fresh allegations of World Cup bid bribery.

The criminal proceeding against Blatter has opened 4 ½ years ago and helped remove him from the presidential office he held for more than 17 years. He is serving a six-year FIFA ban from soccer.

A second criminal proceeding against Blatter — for a $2 million payment he authorized to FIFA vice president Michel Platini in 2011 for uncontracted salary — remains open, the Swiss prosecution office said.

Prosecutors said in a statement they could not give a timetable for formally terminating the Caribbean investigation.

The investigation was opened in September 2015 after a Swiss broadcaster published a 10-year-old FIFA contract awarding the Caribbean Football Union regional broadcast rights to the 2010 and 2014 World Cups for a combined $600,000.

The CFU was controlled by Jack Warner, the now disgraced former FIFA vice president. The rights were sold to a Jamaica-based broadcaster for a profit reportedly close to $20 million.

The document appeared to bolster Warner’s claim in 2011 after he left FIFA while implicated in bribing voters to oppose Blatter, that FIFA awarded him cheap World Cup rights in exchange for helping Blatter win presidential elections.

Swiss prosecutors said in 2015 “this contract was unfavorable for FIFA” and suspected Blatter of acting against the world soccer body’s interest. FIFA later claimed it had a 50-50 profit share with the CFU for the subsequent rights sale.

The Caribbean deal for the 2014 tournament was terminated in 2011 after Warner’s resignation from FIFA. He was banned for life in 2015 after being indicted by the US Department of Justice and has since fought extradition from Trinidad and Tobago.

American and Swiss prosecutors unsealed their separate but cooperating investigations in May 2015 when several FIFA officials were arrested in hotels in Zurich two days before Blatter won re-election.

In the past month, Swiss investigations have hit problems while in the US, which has seen dozens of guilty pleas and convictions, prosecutors published an updated indictment Monday that included further implicating Warner in taking bribes for his vote in World Cup hosting contests.

A first Swiss trial, into an irregular payment between German organizers of the 2006 World Cup and Blatter’s FIFA in 2005, briefly opened last month. It was adjourned amid problems conducting the process during the coronavirus pandemic in a court close to the Italian border. The trial of four soccer officials faces collapsing this month due to a statute of limitations expiring.

Al-Khelaifi denies wrongdoing and remains president of French champion Paris Saint-Germain and an executive committee member of the European soccer body UEFA. Valcke was fired by FIFA and banned from soccer for 10 years.

Switzerland’s investigations are no longer overseen by the attorney general, Michael Lauber. He was recused and disciplined after it was revealed he had three meetings with current FIFA president Gianni Infantino to discuss the case, which has included at least 25 open criminal proceedings.

Momentum in the US case picked up days ago when prosecutors detailed in writing for the first time that they suspect Russia and Qatar paid bribes a decade ago to voters on FIFA’s executive committee to win hosting rights, respectively, for the 2018 and 2022 World Cups.

Extracts of emails were published to support an allegation Warner got bribes totaling $5 million in 2010 and 2011 to support Russia. That was denied by a Kremlin spokesman and the bid leader, Alexey Sorokin, now Russia’s most senior soccer official and a member of FIFA’s ruling council.