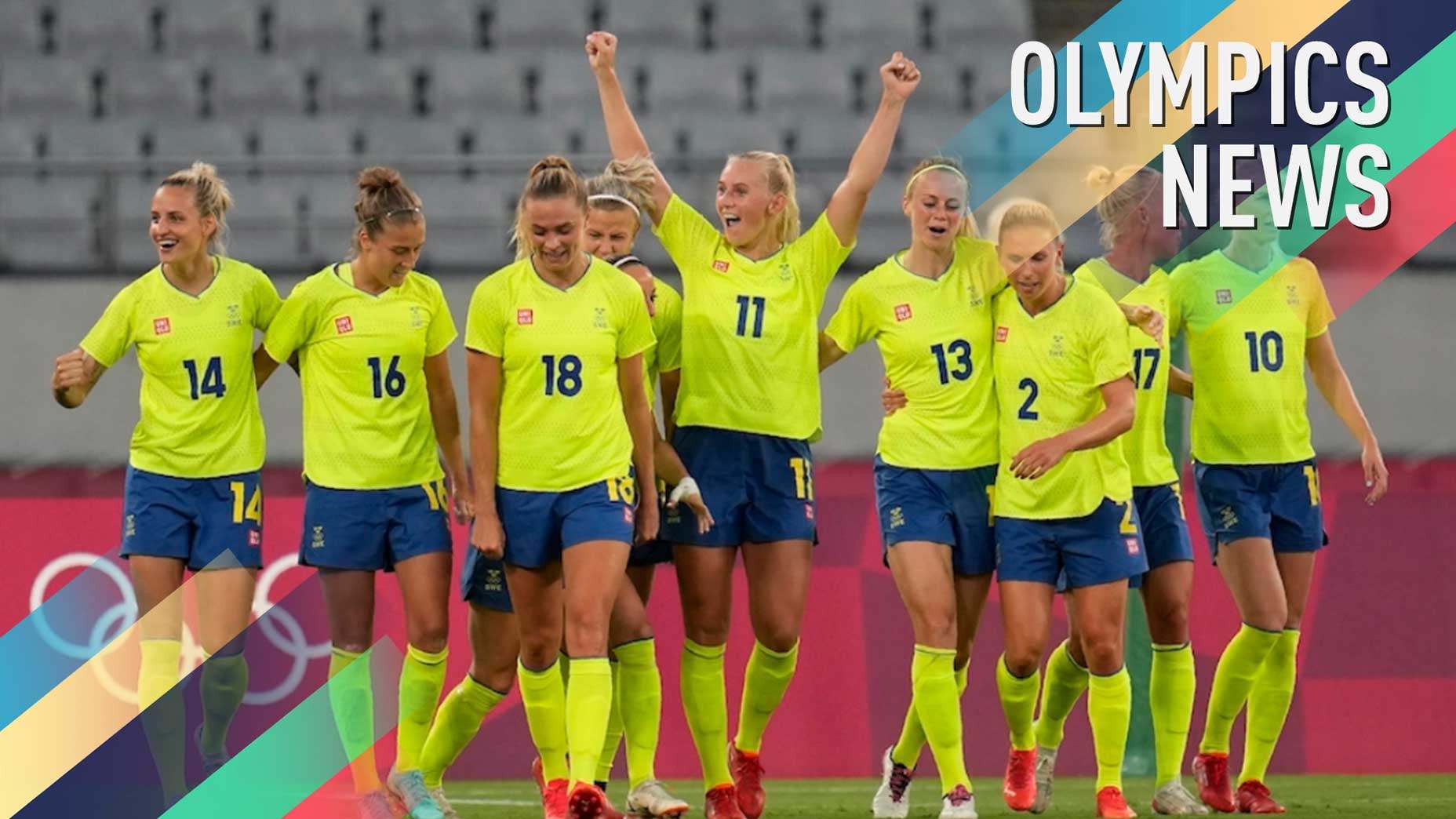 - Two days before the Opening Ceremony, the sport in Tokyo has already begun.

- Three softball games have been played, and six Women's Football matches have finished.

- At the first event of the rearranged 2020 Games, Japan's softball team beat Australia 8-1 at the Fukushima Azuma baseball stadium.

- Great Britain beat Chile in the first soccer game, but more attention was paid to what happened before the match kicked off. Both teams "took the knee" in protest against racism in sport. Team GB announced its players would kneel, just as the England men's team did in the recent European Championships.

- Elsewhere, the world champion U.S. team was beaten by Sweden in a dominant performance. U.S. talisman Megan Rapinoe said the team "got bopped" and blamed the result on nerves. It ended a 44-game winning streak for the U.S. women's team.

- Six Polish athletes have been sent home through no fault of their own. The Polish Swimming federation sent 23 swimmers, but the nation had only qualified for 17 places, according to FINA rules. "I express great regret, sadness and bitterness about the situation," said president of the Polish federation Pawel Slominski.

- COVID-19 cases are mounting in Tokyo – 29 have been confirmed among accredited athletes and officials, with at least five cases reported in the Athletes' Village.

- The latest to test positive is Amber Hill, a UK skeet shooter. According to the British Olympic Association, she had not yet traveled to Japan and no one would be sent in her place.

- A Dutch skateboarder and Chilean Taekwondo athlete tested positive on Wednesday in Tokyo.

- Finally, Brisbane, Australia has today been named as host city of the 2032 Games. 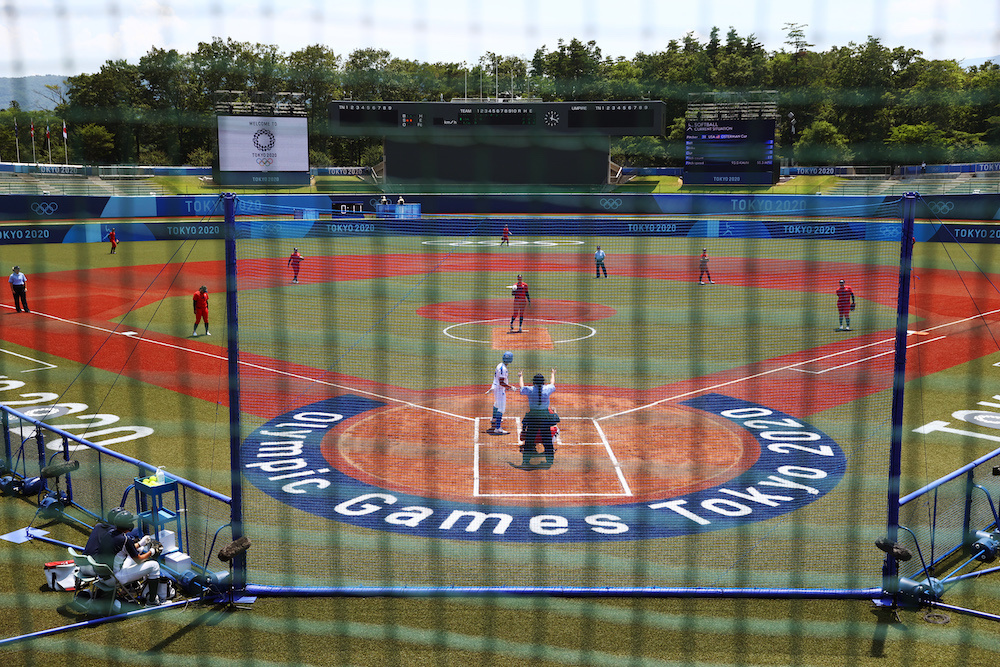 Italy's softball players face off against the U.S. in Fukushima.

New Zealand vs Republic of Korea