OLYMPICS Tom Brady is 'unlikely' to retire but will he stay with the Patriots?

Tom Brady is 'unlikely' to retire but will he stay with the Patriots? 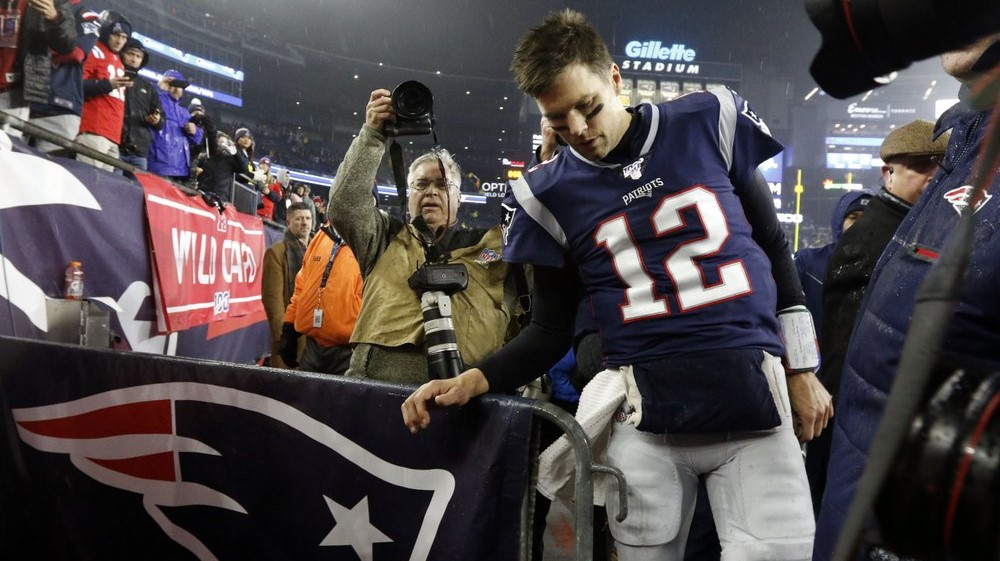 Tom Brady, #12, of the New England Patriots leaves the field after the loss to the Tennessee Titans in the NFL wild-card playoff game at Gillette Stadium in Foxborough, Massachusetts, January 4, 2020. (Photo: AP)

As the home to loss to the Tennessee Titans on Saturday put an end to the New England Patriots' season, many inevitably started to wonder: will this be the last game of six-time Super Bowl winner Tom Brady?

It wasn't long before the 42-year-old quarterback gave his answer. In his postgame interview, Brady said it is "pretty unlikely" for him to retire. However, when asked about if he will stay with the Patriots, Brady's answer was not so blunt: "I love the Patriots. I don't know what the future looks like. I'm not going to predict."

Since they couldn't get any juicy stuff from Brady himself, reporters turned to Patriots head coach Bill Belichick. At the wrap-up conference on Sunday, Belichick, as he had expected, was thrown various questions about Brady and he summed up his answers in the following: "Nobody's thought about the future. Whatever's in the future we'll deal with at some later point in time."

Brady's current contract will expire on March 18 and the Patriots cannot put a franchise tag on him, meaning that he will become a free agent for the first time in his career.

The idea of Brady finishing his career with the Patriots is very romantic but also taken for granted. He's after his seventh ring and he needs a good team to do that. Are the Patriots good enough? It's hard to say. The team has not done well since the middle of the 2019 season and especially so in the games against the true heavyweights like the Baltimore Ravens and the Kansas City Chiefs. The problems in their offensive line and wide receiver position have been bothering them long enough and no immediate solution seems likely.

As for the team, should they keep Brady? It should be pointed out that the Patriots have 20 players who will become free agents in the offseason, including Brady. The 42-year-old will not ask for a maximum deal but that does not mean the team will have enough space to improve their franchise. Moreover, Brady has just played his worst season since 2013. What are his chances of doing better next season at the age of 43, especially when the Ravens and the Chiefs are led by 22-year-old Lamar Jackson and 24-year-old Patrick Mahomes, respectively