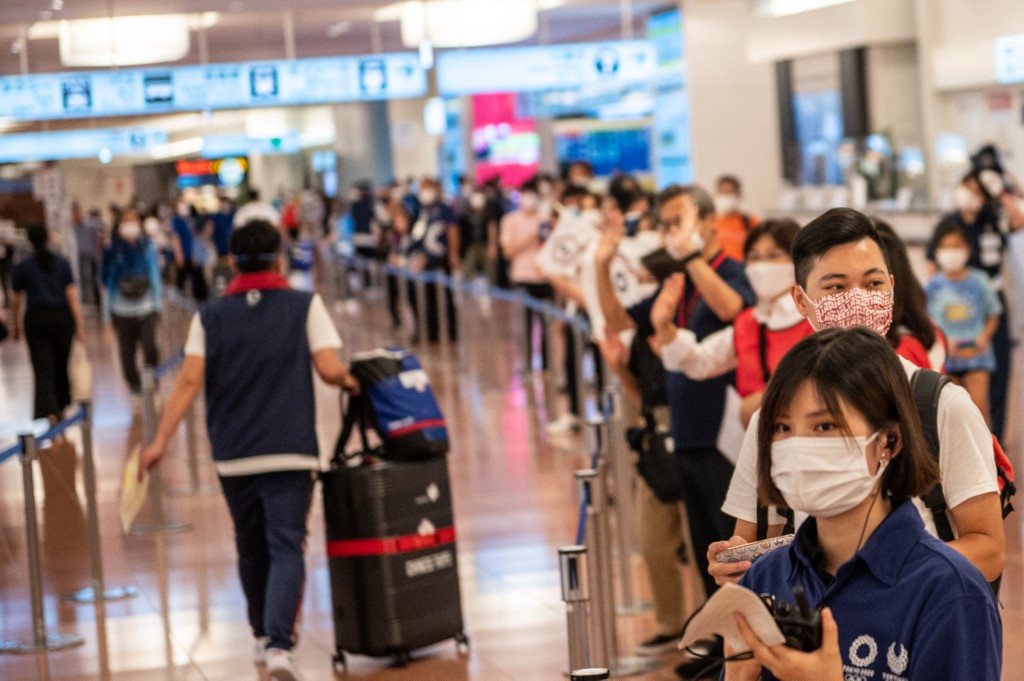 People wait for the arrival of Taiwanese athletes at Tokyo International Airport in Tokyo on July 19, 2021 to take part in the upcoming Tokyo 2020 Olympic Games. (Photo: AFP)

Mexican baseball authorities announced Monday that two players had tested positive for Covid-19 just days before they were due to leave for the Tokyo Olympics.

The two pitchers, who play for the Acereros de Monclova, were placed in solitary confinement "immediately in their hotel rooms where the national team gathers."

All members of the national team were tested again Monday morning with PCR tests. The training scheduled for the evening in the Alfredo Harp Helu stadium in Mexico City was canceled.

The Mexican baseball team, which qualified for the first time to participate in the Olympics, has kept its scheduled departure on Wednesday for Tokyo.

The team is in Group A, where they are slated to face the Dominican Republic on July 30 and Japan the following day.