Emma Raducanu's stunning US Open triumph showed the British teenager can "rule the world" of women's tennis, according to her former coach. 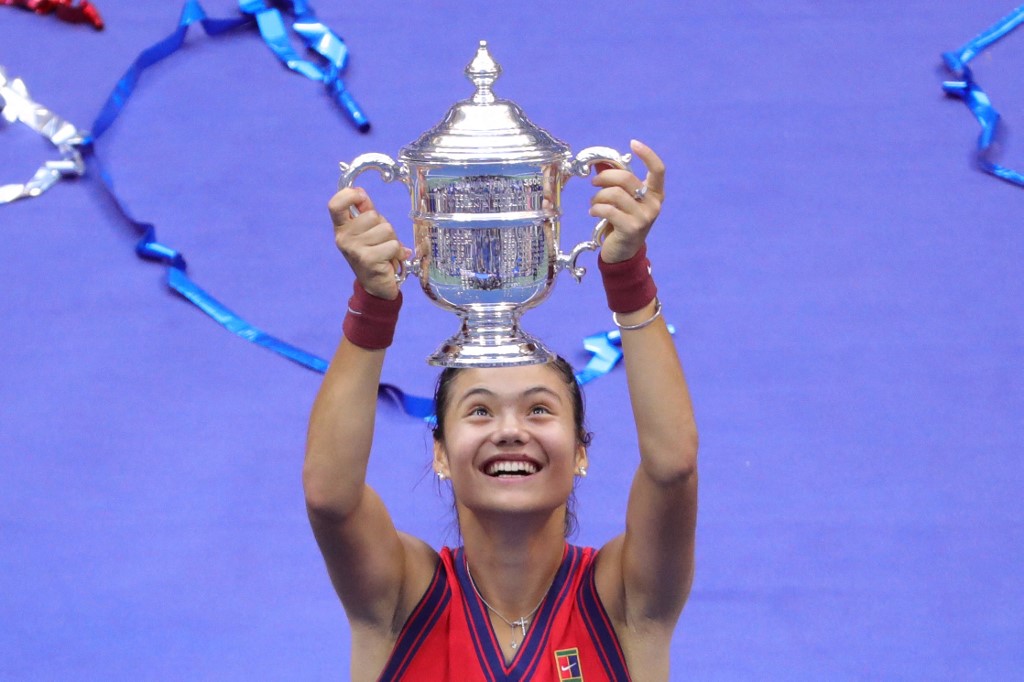 Raducanu has become a global sensation after the 18-year-old stormed through qualifying to win the US Open in just her second Grand Slam appearance.

She defeated Leylah Fernandez in Saturday's final in New York to become the first British woman to win a Grand Slam singles title since Virginia Wade at Wimbledon in 1977.

Petchey believes Raducanu, who leaped 125 places in the world rankings to 25 following her victory at Flushing Meadow, could emulate the sustained success of former men's world number one Andy Murray, who has also worked with the coach.

"From the first day that I met her at the National Tennis Centre, she does have something a little bit special," Petchey told ITV on Monday.

"I can't really explain it in a scientific way, when I've worked with Andy Murray for a year as well and obviously watching Andy from 16, he also had this ability to be able to pick up a tennis ball and in a sport that is played in fractions of seconds that allows you to do very special things, and Emma has that.

"I think everything could be improved; I think her service is still a work in progress. I think her net game is going to get even better as you get a greater understanding of where to be.

"I think her room for improvement is not just incremental gains, I think they are substantial and I honestly think she is going to rule the world."

However, Wade, who also won the US Open in 1968 and the Australian Open in 1972, warned that dealing with an increased amount of exposure could be the most difficult change for Raducanu.

Japan's Naomi Osaka won the US Open early in her career and has since struggled with the level of scrutiny of the modern-day athlete.

Osaka, 23, is currently taking a break from tennis, with no date set for her return.

Raducanu, who born in Canada to parents from Romania and China and moved to Britain as a toddler, now has to negotiate the same relentless spotlight that comes with her ground-breaking success.

Asked how she should handle the new level of fame, Wade told the BBC: "That is probably the hardest thing these days, to handle that and so she's got to have very good advice on that.

"Just not to do too much and not to play too much because you don't want to play that much when there's so much expectation on you and then you get stale or you lose your motivation, so that is a balance that's difficult to get.

"I think for Emma, she needs to understand just how good she really is, but you have to constantly work at that to maintain it, she has to have that self-belief -- if you believe that you're better than the others, you're going to beat them."