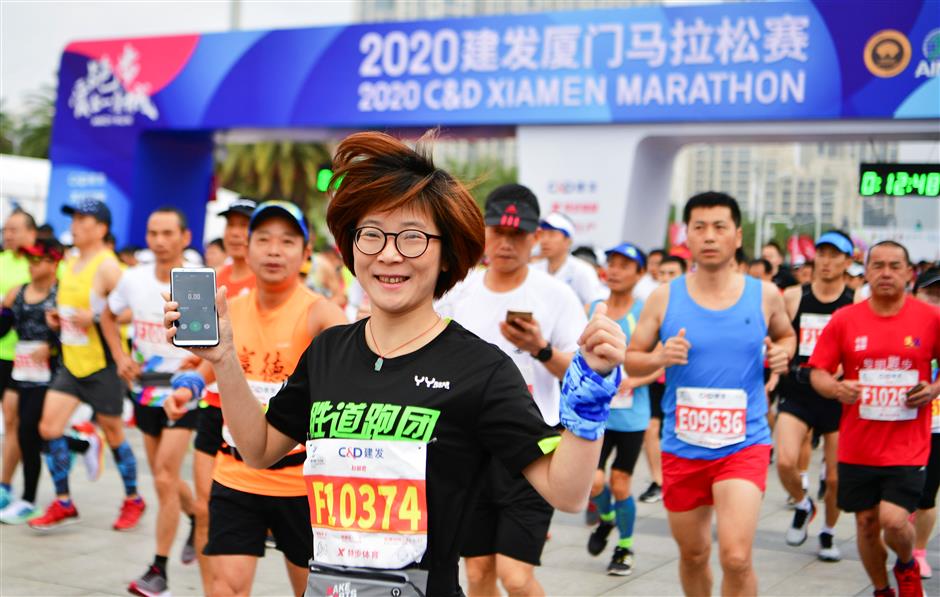 Over 35,000 runners participated in the 2020 Xiamen Marathon on Sunday, the first Gold Label road race of the year.

First held in 2003, the Xiamen Marathon has since grown into a major international event, mirroring the boom in marathon running in China over the past ten years. However, in the new decade, will China's "marathon fever" continue?

According to the China Athletics Association (CAA), China hosted 40 times as many marathons in 2018 than in 2014.

Shui added that the CAA had forecast there would be 1,900 races and 10 million participants in 2020, with a revenue of 120 billion yuan (US$17.2 billion) from related industries, adding that some targets had already been reached in 2019.

Wang Li, director of sports at China Foreign Affairs University, said that the increase in popularity of marathons is mirrored by the country's rising standard of living.

"As Chinese become richer and richer, they are placing greater importance on their health. Running is a popular exercise activity, both for its social element and its low barrier to participation," Wang said.

Chen Yuanding, a member of the CAA's information committee, noted that China's GDP per capita surpassed US$5,000 in 2011, paving the way for the past decade's marathon boom.

Marathon runner Hu Dongye said that marathons in China have become so popular that lots now have to be drawn in order to allocate runners. For the 2020 Xiamen Marathon, only 28.8 percent of applicants were granted a place on the starting line.

"There is still a more scope for China's marathon industry to grow," Wang notes. "The number of marathons in China is still not at the level of the US or Japan, although it has increased a lot in recent years."

Will China have a platinum race?

In 2019, World Athletics released the first batches of Platinum Label road races, with no Chinese marathons among their number.

"We might have done a better job in terms of organization and infrastructure," Shui conceded, "However, there are many criteria for Platinum Label, such as the number of top runners, runner services and publicity."

Some experts believed that China's demand for professionals in managing and operating marathons exceeds the supply.

Shui said that the CAA had established a marathon college at Shanghai University, which had produced more than 2,000 professionals skilled in marathon organization and medical services.

According to Shui, one way China's marathons are distinguishing themselves is in their technical innovation, with the CAA embracing new technology. "For instance, we are launching a pilot project with a heart-rate monitoring system for road races. With data platform to check the runners' physical conditions, running will be safer."

"China is leading the way in introducing new technologies to the marathon," added Chen. "There are convenient apps for races, and facial recognition technology and extensive video monitoring are widely used, which helps identify and remove cheaters."

Wang noted that the future looks bright for China's marathons. "In the new decade, China's marathons will move from a high-speed boom towards a trajectory of stable and quality development."