OLYMPICS Winter Games give ice and snow sports a boost

Winter Games give ice and snow sports a boost

The development and popularity of winter ice and snow sports in China have been given a great boost by the recently held Beijing 2022 Olympic and Paralympic Winter Games, and a new generation of young Chinese is expected to further that development, according to a prominent sports official. 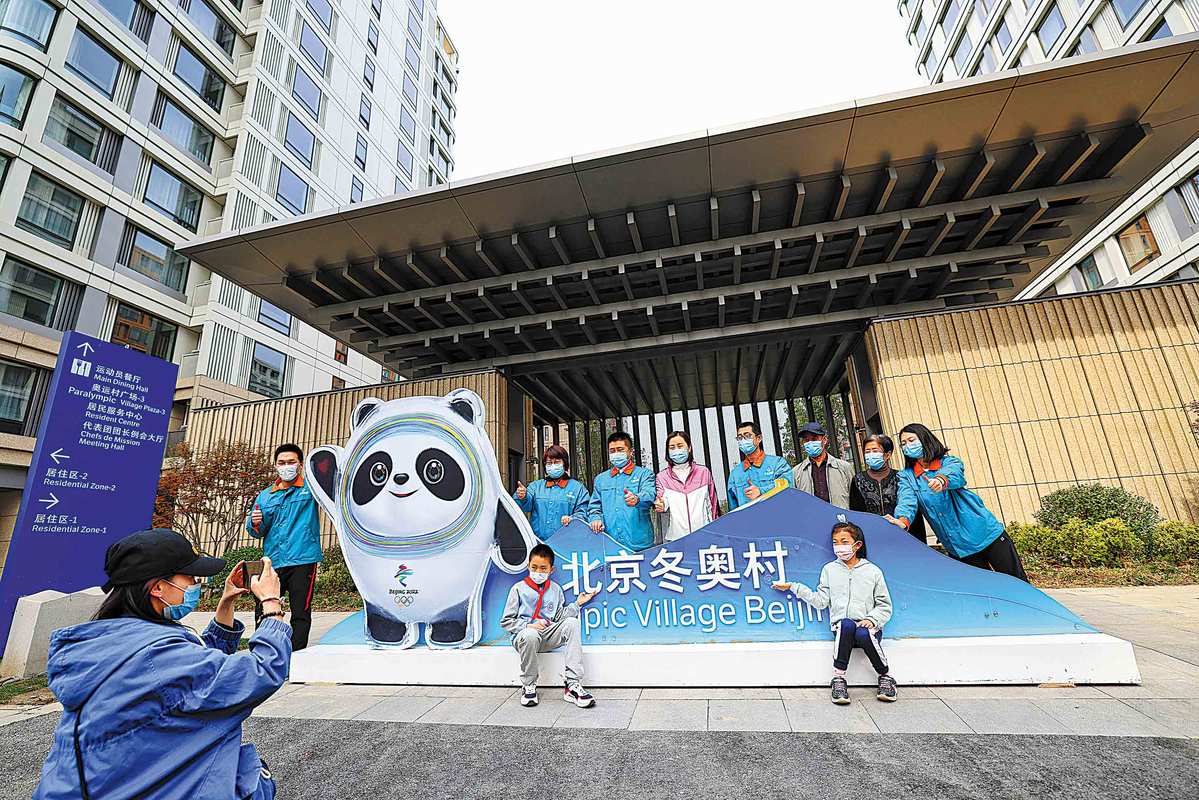 Visitors pose for a photo at the Beijing Olympic Village as the athletes' home for the Beijing 2022 Winter Games opened to the public on Sunday. The visitors are the builders of the village and their families. PAN ZHIWANG/FOR CHINA DAILY

Li Xiaoming, deputy director of the winter sports management center of the Beijing Municipal Bureau of Sports, said that despite China taking home a whopping 76 medals, 27 of which were gold, at this year's Olympic and Paralympic Winter Games, the country is still in its infancy in terms of winter sports development.

"The Winter Games have provided a platform for Chinese people to go from being relative outsiders to winter sports to those who now can experience it first hand. The next step is to cultivate people to become active amateurs who regard winter sports as a lifestyle," Li said at a recent forum held at the Wukesong Sports Center in Beijing, one of the Olympic venues.

Guests to the forum delivered speeches and discussed how the competition venues might be best utilized after the Beijing 2022 Winter Games.

Li said the legacy of the Winter Games and the transformation of Olympic venue resources will contribute to the development of the country's ice and snow sports.

"The venues can play a major role in involving more teenagers in winter sports by hosting competitions and becoming a platform for sports communication," he said.

Wukesong Sports Center was transformed from being a venue for basketball to a venue for ice hockey during the Beijing Games, Yuan Yinghui, branding manager of the sports center, said at the forum.

Currently, the venue has the capacity to host a variety of sports, including ice hockey and basketball, as well as concerts and other big events, he said.

A new ice center was built in Wukesong last year for ice hockey training before the Winter Games. It will open to the public in June as a compound integrating sports, culture, catering and recreational activities, she added.

The National Speed Skating Oval, another competition venue of the 2022 Winter Games, known as the "Ice Ribbon", will be opened to the public at the end of this month for fitness purposes and other business projects, Xinhua News Agency reported.

Shougang Industrial Park, home to the Shougang Big Air venue, opened to visitors shortly after the Games concluded. The National Sliding Center in Yanqing district is also scheduled to open to the public before May, aiming to host big events and provide venues for training, public winter sports engagement and leisure.

Li, from the Beijing sports bureau, said that the development of winter sports in China will drive ice and snow-related businesses and contribute positively toward the country's economy.