OLYMPICS Winter Olympics trivia: How long does it take to travel from Beijing to Zhangjiakou to watch a match?

Winter Olympics trivia: How long does it take to travel from Beijing to Zhangjiakou to watch a match? 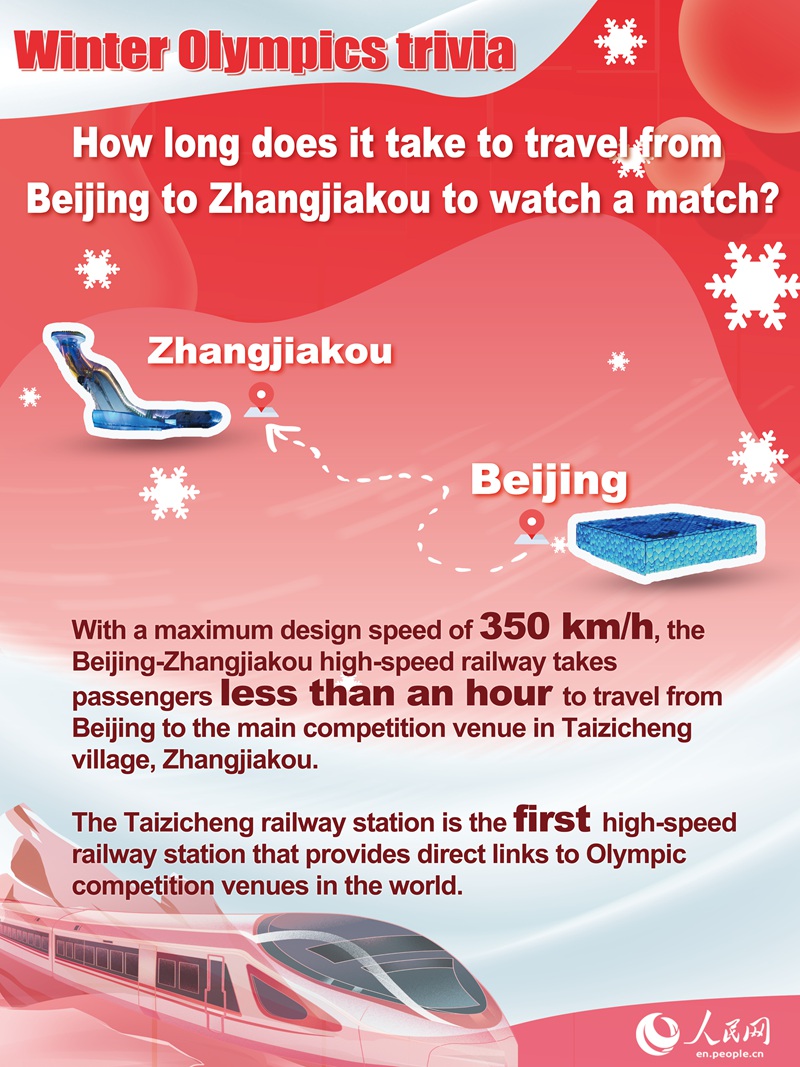 How long does it take to travel from Beijing to Zhangjiakou to watch a match?

With a maximum design speed of 350 km/h, the Beijing-Zhangjiakou high-speed railway takes passengers less than an hour to travel from Beijing to the main competition venue in Taizicheng village, Zhangjiakou. It also reduces the travel time between Zhangjiakou and the Qinghe railway station in Beijing to about 47 minutes. The 174-km railway, navigated by China's self-developed BeiDou Navigation Satellite System using automatic pilot, is the first smart high-speed rail line in the country.

Every Olympic bullet train on the Beijing-Zhangjiakou high-speed railway features storage areas that enable passengers to store and claim their snowboards by scanning a QR code on the train. It is also equipped with a news center that will broadcast the games live.