Winter Olympics trivia: What do Beijing 2022 pictograms inspired by Chinese calligraphy and seal carving look like? 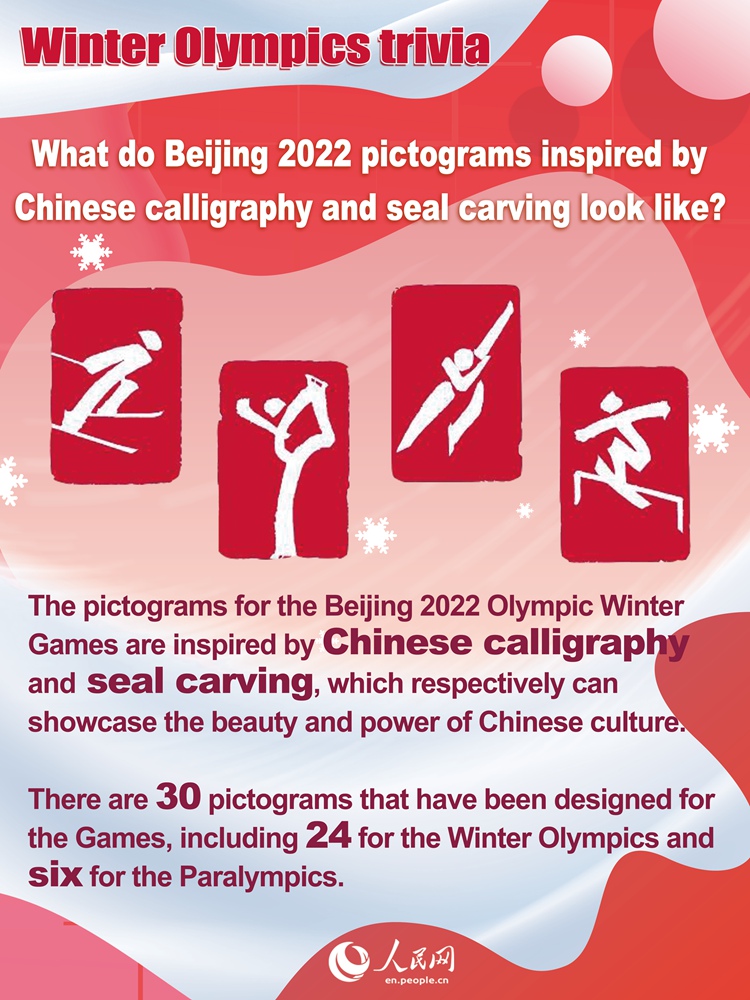 Sports pictograms are embodiments of the Olympic Games and graphic images of sporting events that can be widely applied in various formats, including sports decorations, event signposting, the designing of sporting event tickets, TV broadcasting, communications and marketing.

The pictograms for the Beijing 2022 Olympic Winter Games are inspired by Chinese calligraphy and seal carving, which respectively can showcase the beauty and power of Chinese culture. There are 30 pictograms that have been designed for the Games, including 24 for the Winter Olympics and six for the Paralympics.

The designers took Chinese characters as a source of inspiration and the art of seal carving as a form of expression, skillfully combining elements of winter sports with traditional Chinese culture. In differentiation from calligraphy, carving requires much more strength to do, and can easily express the forcefulness of ice and snow sports.

Beijing 2022 is the first Winter Olympic Games to adopt dynamic pictograms of sports to embody the thrilling feeling of engaging in winter sports.