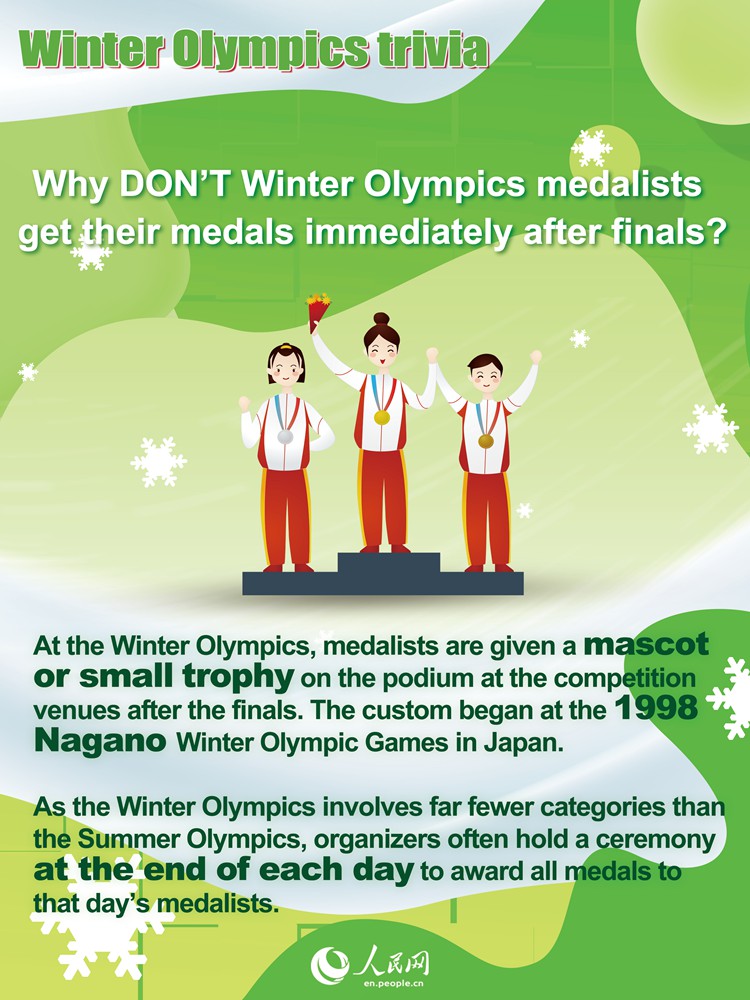 Viewers of the Winter Olympics might be surprised to see that medalists don't get their medals at the competition venues immediately after the finals.

For instance, instead of receiving medals, medalists may get stuffed mascots during the medal ceremonies shortly after completing their events at the 2018 PyeongChang Winter Olympic Games in South Korea.

At the Winter Olympics, medalists are given trophies on the podium at the competition venues after the finals and receive medals later in an additional ceremony.

The custom began at the 1998 Nagano Winter Olympic Games in Japan. Ever since then, medal winners received their medals at Medal Plazas in each Winter Olympics.

As the Winter Olympics involves far fewer categories than the Summer Olympics, organizers often hold a ceremony at the end of each day to award all medals to that day's medalists.