China has been making great efforts to boost the country's winter sports industry in preparation for the upcoming 2022 Winter Olympics next February, financial news portal qz.com reported in an Aug 22 article. 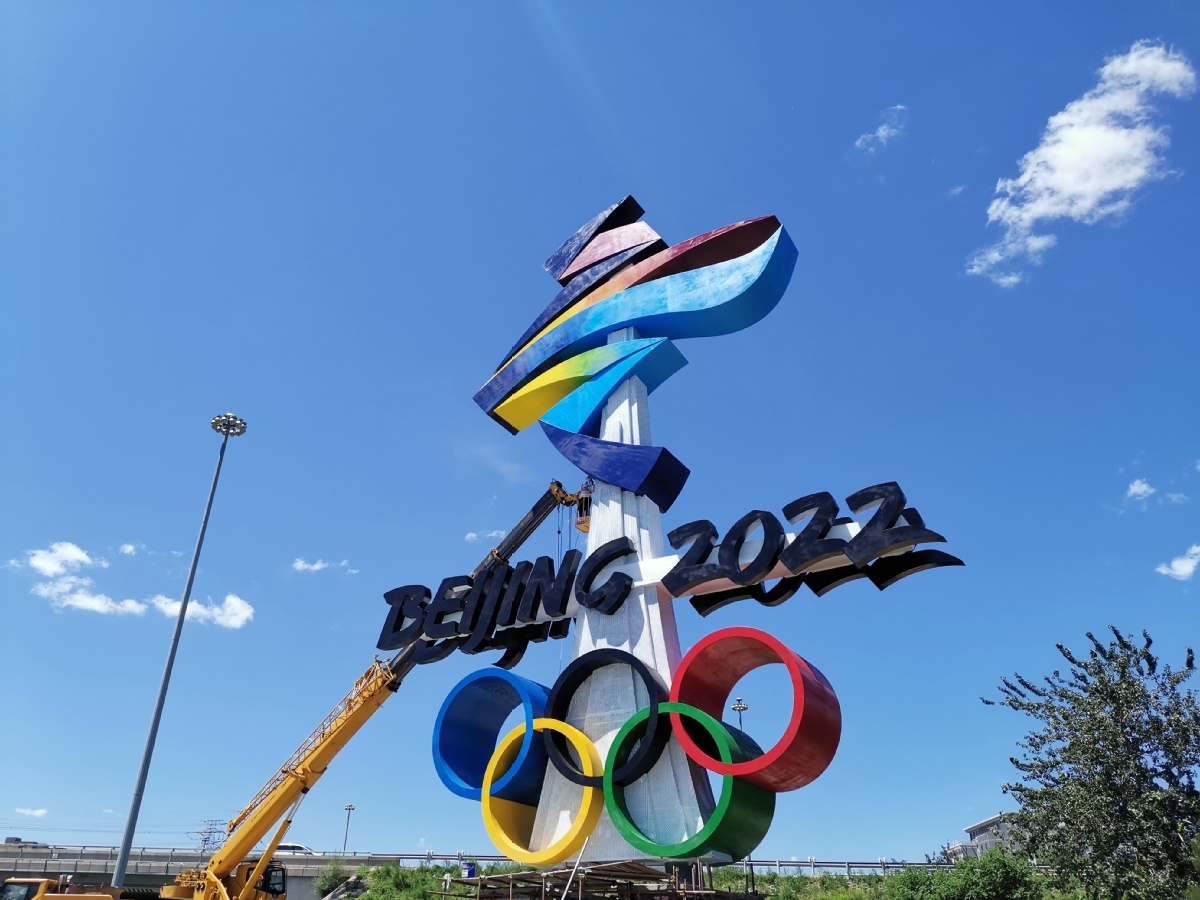 The logo of the 2022 Beijing Winter Olympics is seen in the Shijingshan district of Beijing on Aug 1, 2021. [Photo/IC]

The country vowed to qualify for all of the 2022 Olympics' 109 events after winning the bid to host the Games in 2015, the report said, adding China might be able to do so.

According to Juan Antonio Samaranch, the International Olympic Committee Coordination Commission Chair for the Beijing Games, China had "more than 3,300 athletes training in the national team" in 2019, compared with 300 who trained for the Pyeongchang Olympics, the report said.

China also set 2025 targets for increasing Chinese participants in winter sports to 300 million, growing the total value of the industry to about $155 billion and building 5,000 elementary and middle schools focusing on winter sports.

Other national plans have also highlighted the importance of developing China's winter sports industry, as private and public investment exceeded $140 billion from 2018 to 2020, according to the 2021 China Ice and Snow Tourism Development Report released by the China Tourism Academy.

China signed agreements with a number of winter sports powers, including Finland, Norway, Switzerland and Austria, to host and train Chinese athletes in the countries' national sports facilities.

It has also recruited foreigners as head coaches for a number of the country's winter sports, such as speed skating, curling and skiing in preparation for the upcoming 2022 Winter Olympics.